This is my new version of this post as I now (after 3 firkin attempts) have a new power cable for my laptop.

Sad day Saturday buying my last casters and maggots at Avon Angling, Saturday mornings won't ever be the same, think I was the last paying customer. Last picture of John and Tony just before they locked the door for the last time. We went down the pub with Tony for a couple of jars, Tony was putting on a brave face but I could see it was difficult for him, 30+ years in any any job that finishes is a big deal. I told Tony, and it was genuine, that I wouldn't be half the angler I was if it wasn't for the time spent in his shop picking up tips. 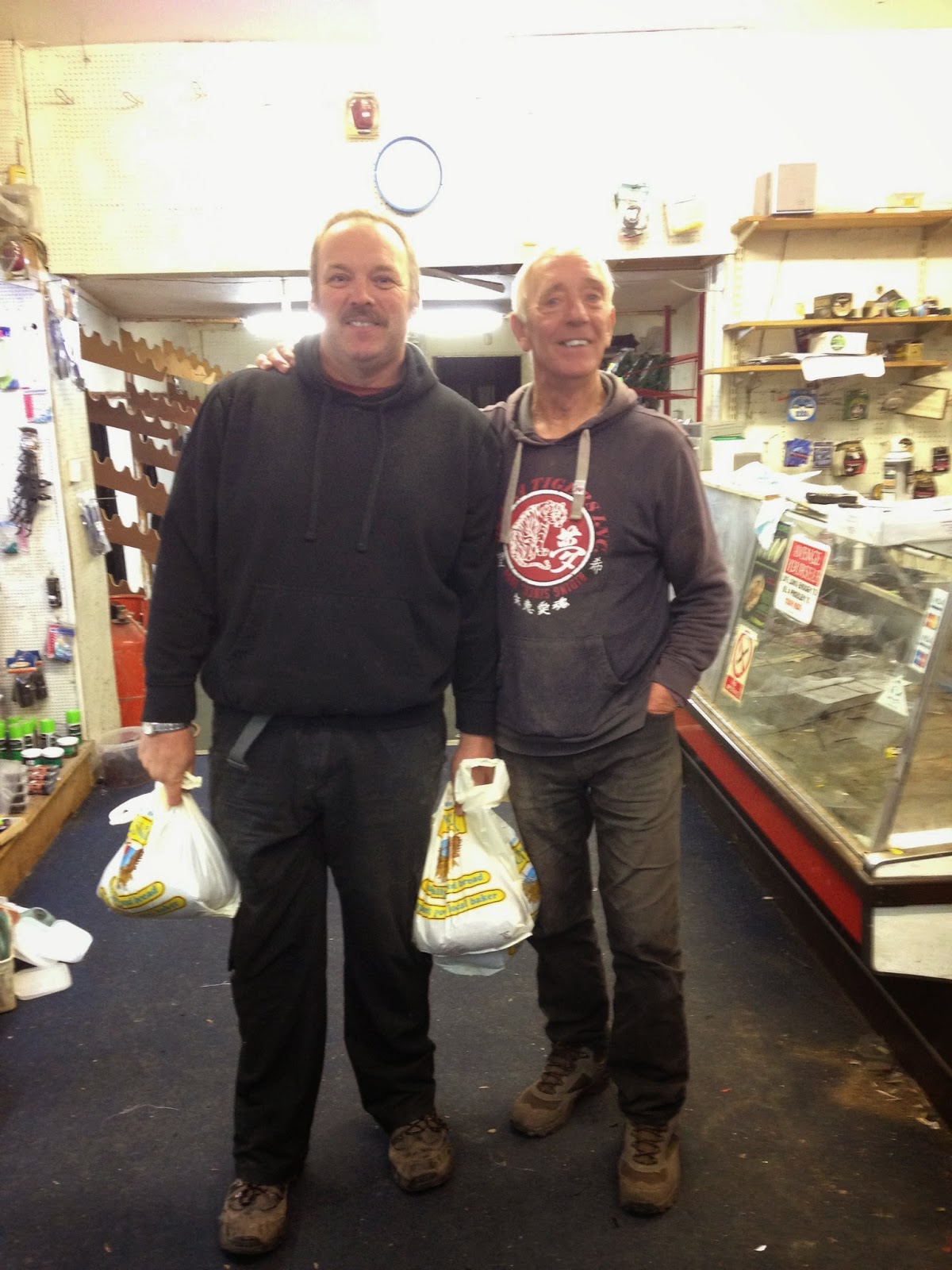 Today was the first w/l on the canal, I found myself drawn at Darlington Wharf two past the bay, This area has not been so good in the last year but skimmers are always in the area. I have drawn the peg before many years ago and had perch from next to the bush but last year this area was full of tiny roach, and I mean tiny! As you can see from the photo below the bush is off to my right and there is a nice depth next to it. 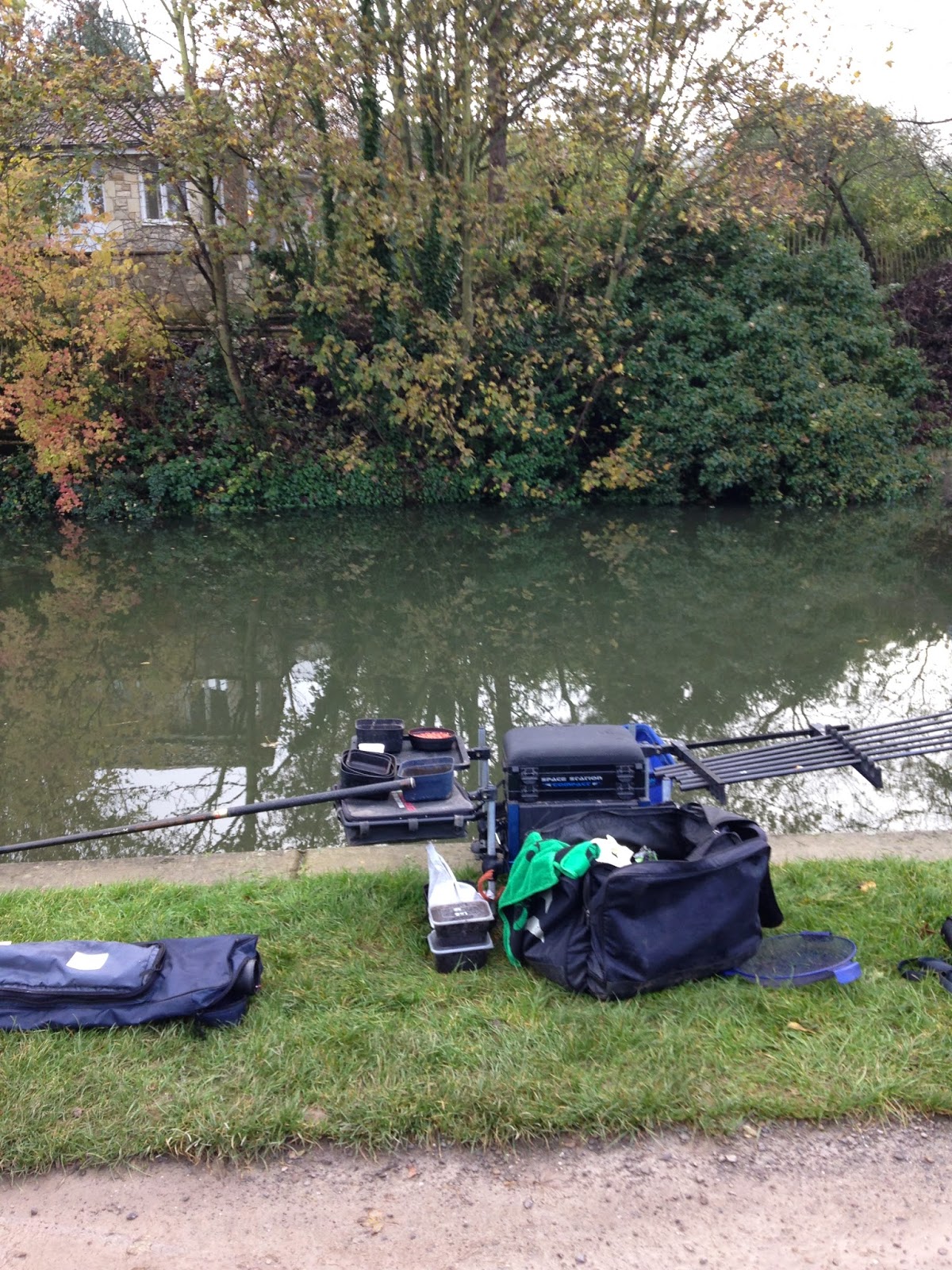 To my left was pegged Nicola Goodhind who loves fishing the canal, and to my right was my stalker (lol) Mike Martin-Davies, also in my section again was Bathampton's Kevin Dicks.

I started the day off badly, as when I got to the towpath I realised I'd left my 14.5m pole section at home, but as Glenn Bailey was coming out for a walk I called him and he nipped round my house and picked it up for me, dead handy. A number of rigs set up today, the last standing 4x14 drennan Roach for punch, a couple of 4x16 PB Silvers for fishing either maggot, or worms, a 4x10 caster rig, and 0,4gm bloodworm rig which I never used. You can see here some of the floats I put together in my limited time on Saturday... 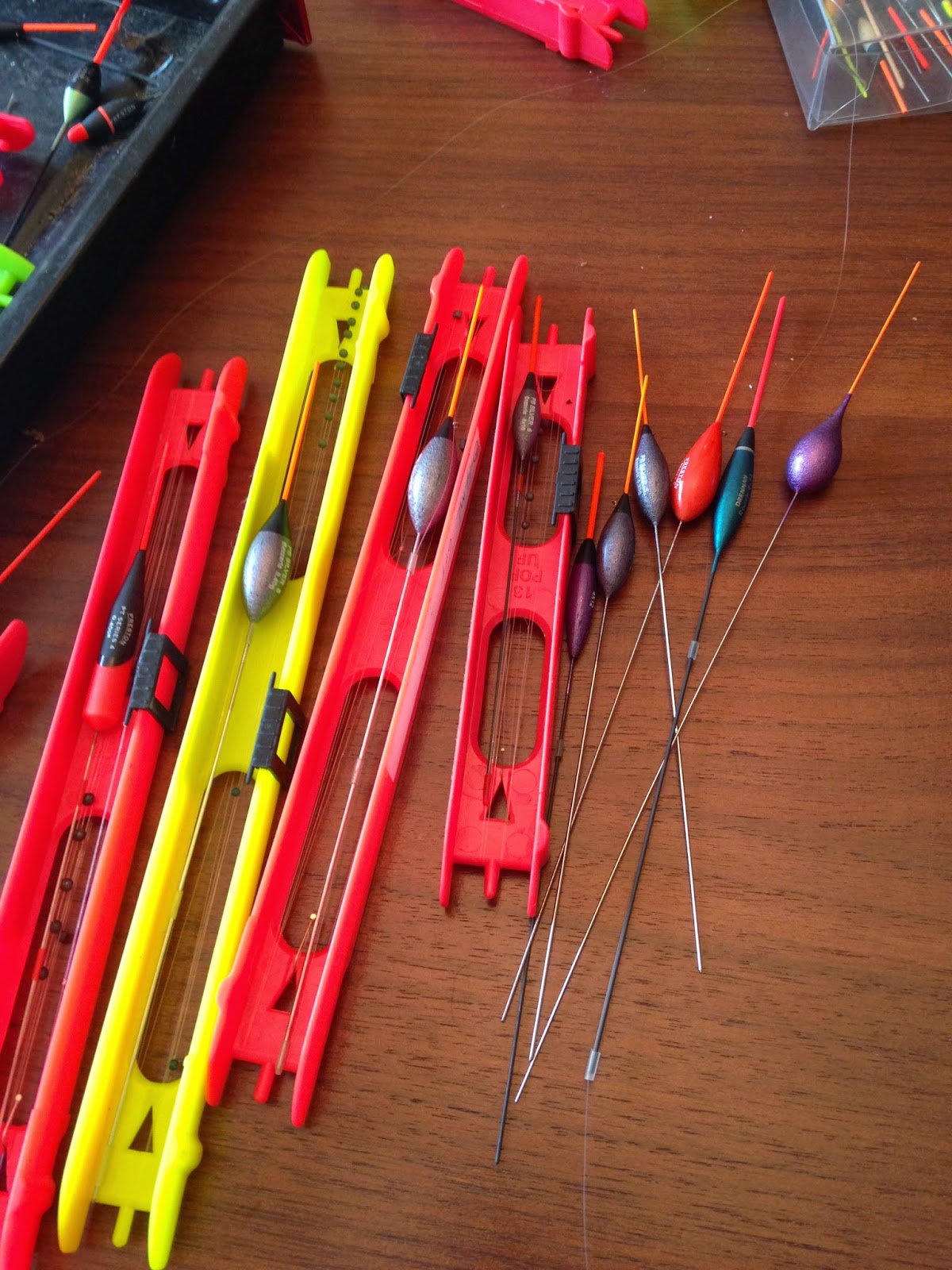 I started on the punch bread at 5m but straight off was into micro roach which was not a good sign. I persevered with it for 75 mins and did pick a few 1oz roach but not many. It seemed all in my section were struggling except Nicola who had 3 skimmers on the bread. I took a decision to turn this line into a gbait line to try to get a better stamp of fish on this line.

I went over to the bush and fishing either maggot or pinkie hookbait at first on the 4x16 PB Silvers. I picked up 1oz roach regularly but it was hard work shipping over at an angle and breaking down twice but the stamp of fish was much better. I was catching over a joker fed area and a worm and caster swim. I took fish from here for another 90 mins before things went iffy and bites were hard to come by. Mike Martin-Davies was on my right one out of the bay and he had a few skimmers over gbait in close, but I'd tried my converted gbait line and had no joy.

To be honest as I could see skimmers coming out I stayed fishing positive with bigger baits and fed more bait across to try to force a reaction. Sadly I never picked up any skimmers (other than 1oz jobbies) and I had to put pinkie on to get a few roach. I did manage a few roach on the caster and had three 4oz fish in three drops with 40 mins to go which helped, but they never stayed. These fish came on the lighter 4x10 float but not many other fish fell to this rig.

I finished with 5lb 6oz and won the section with 4lb 5oz being next best weight, however had I been in the section to my right I would have been last! As it happened other than Nicola nobody else had a skimmer in my section and so I got away with the section win, had I fished for bits I probably could have had another pound or so, but I got away with it today, and beat Kev Dicks again ;-)

Thatchers won on the day and have now won the league even with one match to go!

Nat caught some decent skimmers on the pole over gbait, Alan caught some skimmers and good roach on bread early doors. Shaun caught most of his fish in the last 30 mins when roach and skimmers turned up and he couldn't get his float in quick enough.

This Sunday it is back on the river for the last river match on the Commercial House, hopefully the rain stays away and we could have a decent river.
Posted by Tim Ford at 19:30