Bathampton Xmas Match - Not Quite!

Unfortunately I was struck down by the flu or a "virus" this week, and from Wednesday night to 4pm Thursday I was laid up in bed. I was not up to much at all on Saturday still full of aches and pains etc, and decided that I didn't want to spend a day in the cold on Sunday.

I spoke to Warren Bates and he was fishing the match and was going to fish the river, he sent me a text on the morning of the match to say he'd drawn peg 24. That's a nice peg at Newbridge on a coloured river, bream are never far away. As I had the trophy to give back I decided to pop out late on to see Warren and pass the trophy to him.

I got to see Warren at about 2:25pm with the match finishing at 3pm. He told me he just had 3 bream in as many casts and had some roach to go with them. He then caught a 10oz skimmer on double worm as I watched on, but his next cast produced a lovely drop back bite and he another bream on. I quickly remembered my phone and took these pictures of a good 4lb fish. 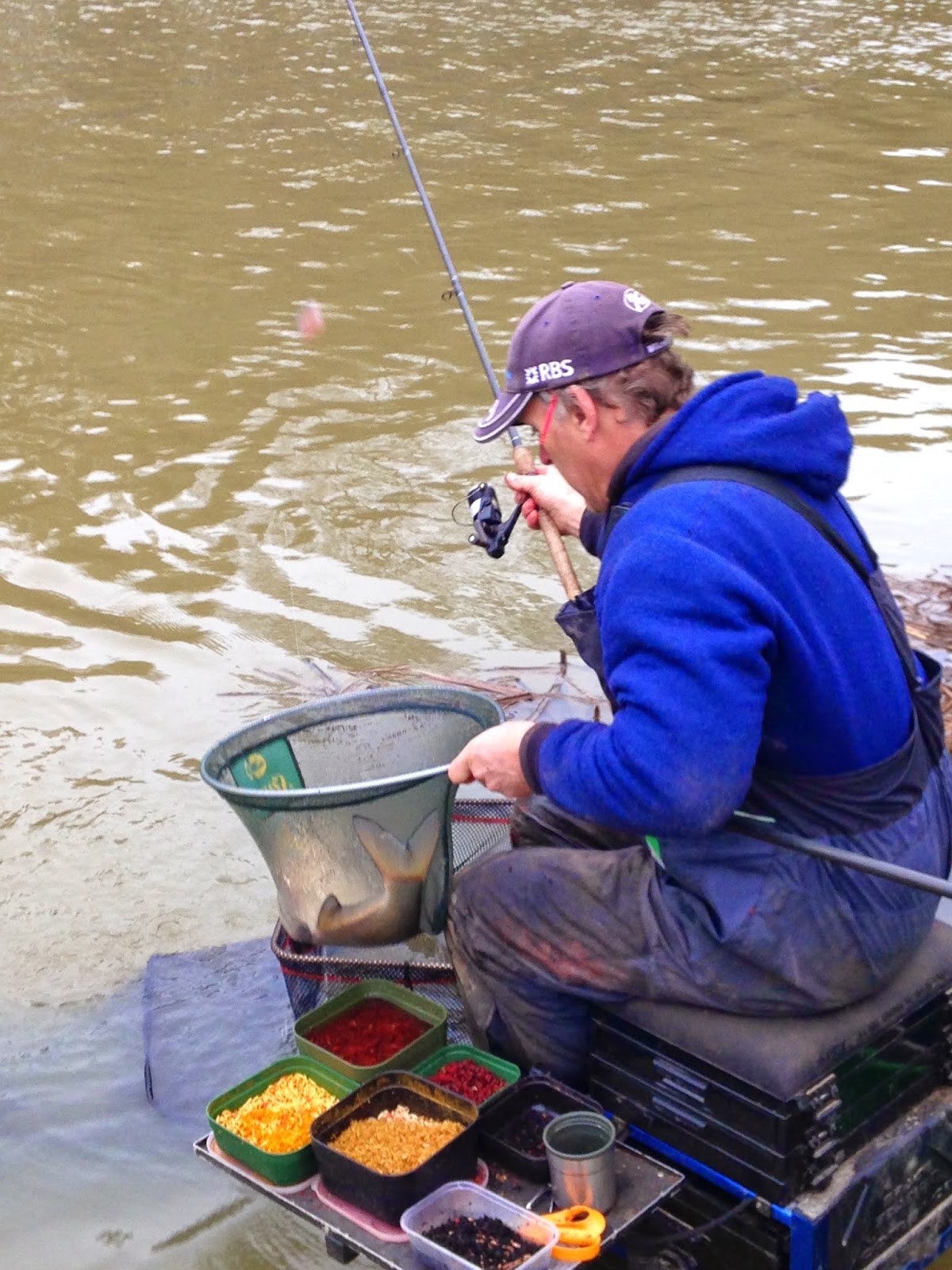 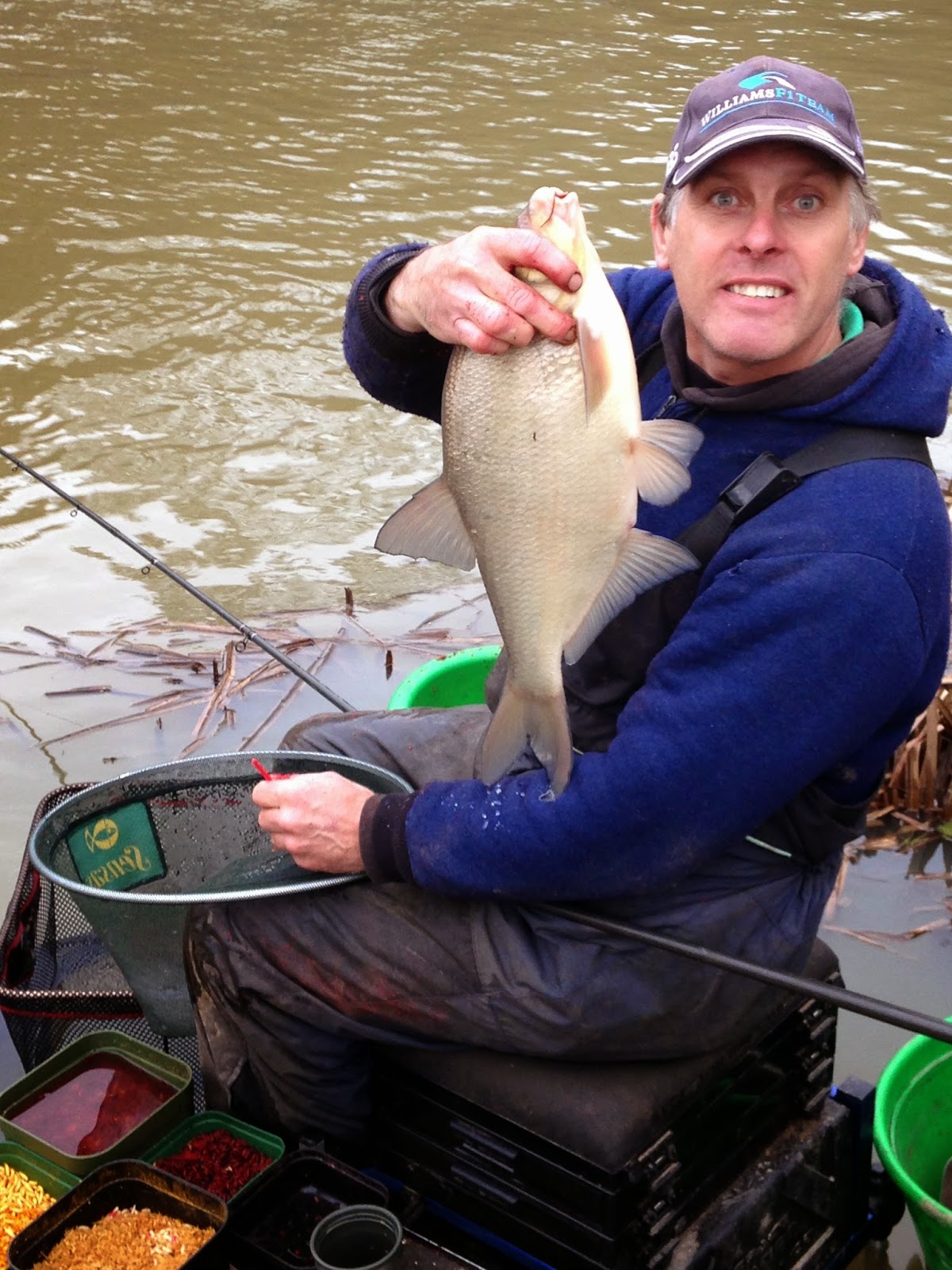 Next cast and Warren had an equally good drop back bite, this time though a 6oz eel was the culprit. Warren had two feeder rods set up, and he was using a 13 B711 to 0.17 with double worm when I arrived. Another rod had much lighter gear on with an 18 hook and he'd had a bream on that, I told him an 18 was to little for my liking, lol!

No more bream showed in the last 15 mins and the match ended. I wandered up the bank (Warren was end peg) and saw that everyone upstream had struggled with 2lb being about the best weight. I went back and helped weigh Warren in, his total net went 20lb 9oz and I am sure that the trophy will bear his name next to mine. A nice bag of fish from a coloured river that was not that pacey, well done matey! I just found out that Shaun Townsend came 2nd with 14lb on the canal, and in third was Rich Lacey with 10lb also from the canal. 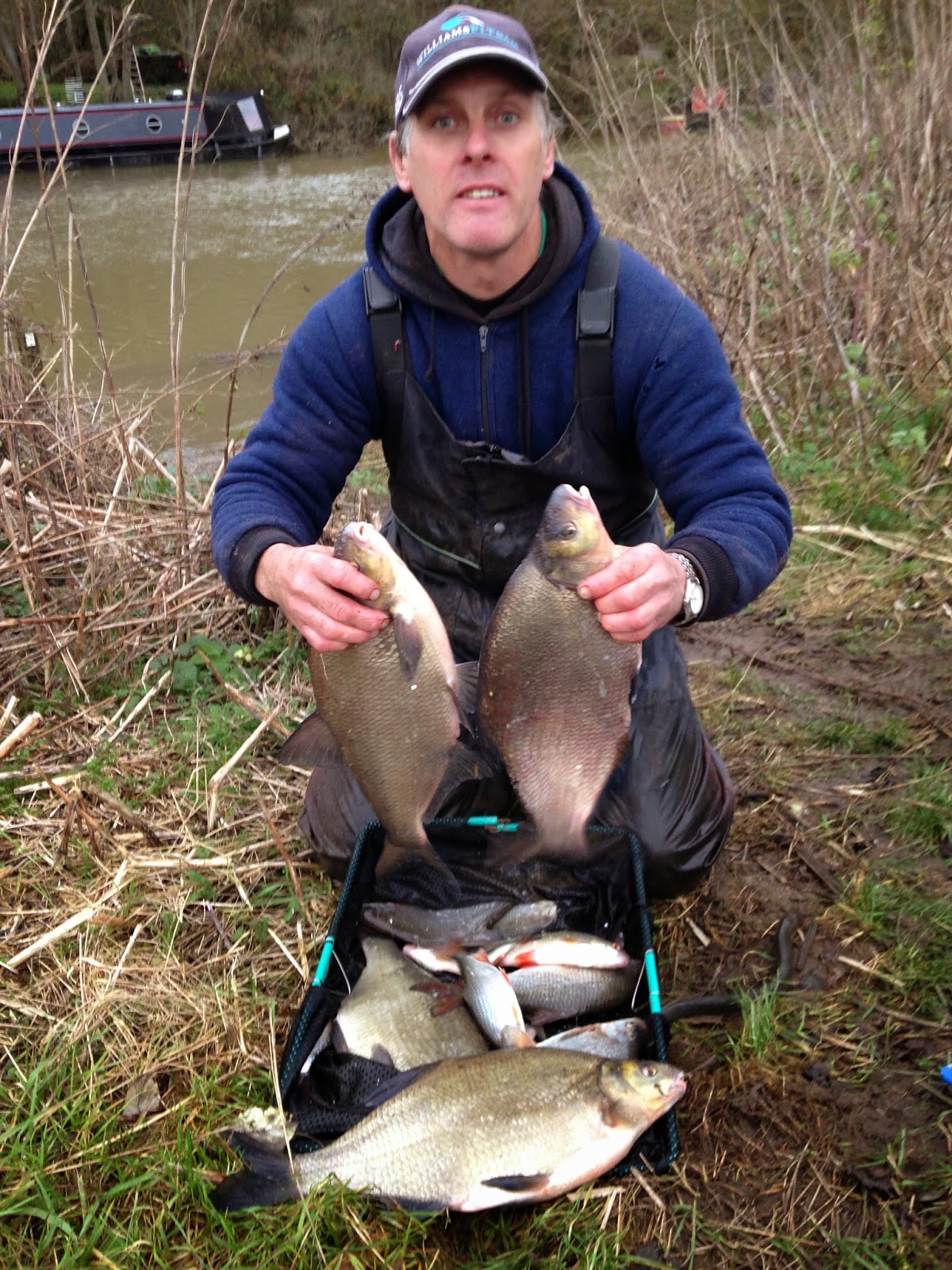 Well a shame I couldn't get on the bank this weekend, work and Christmas now follow and I am looking forward to spending time with the family. Hopefully I can get back out on the bank next weekend, as I will be desperate for a few bites by then. Merry Christmas everyone!!!!!!