Landsend Fishery Open (plus a bit about the Avon)

Here's hoping everyone had a good Christmas, I certainly did and got through a great deal of food and drink. My original plan was to fish the King Billy match on Saturday 27th but family activities curtailed this, and I luckily found a match was being run at Landsend by Ken Rayner. Ken even agreed to get my bait, but he then suffered a very bad back and I had to find some bait for myself.

I found out that the Billy match (fished up the Crane) was a very hard affair due to the flood water and cold temperatures. Darren Gillman won the match from peg 83 in the long ashtip with 6lb 4oz, and this 5 1/2lb bream he caught on lobworm made all the difference as Jerry Pocock was 2nd just 1oz behind Darren! Jerry had 3 skimmers on the feeder. 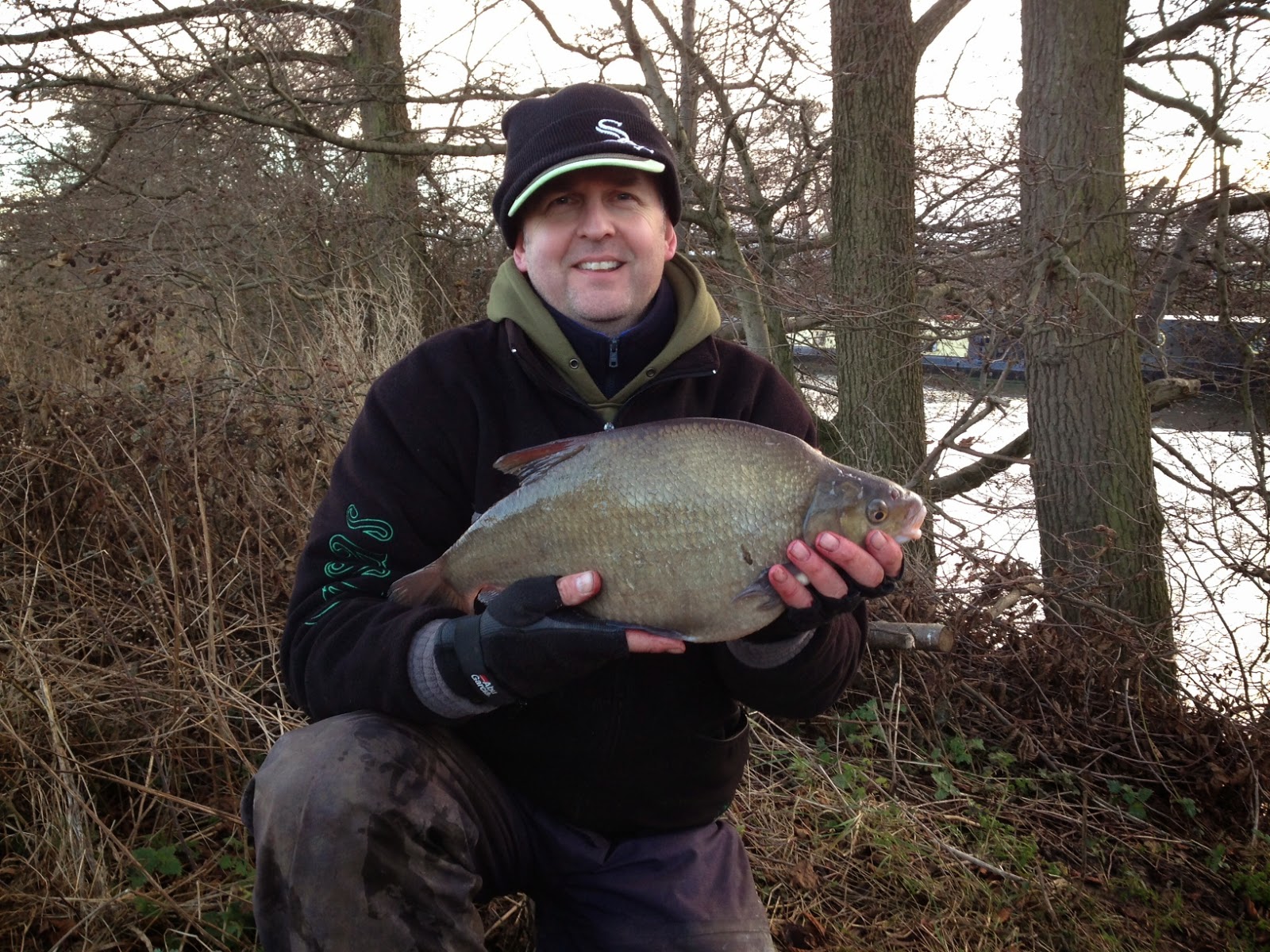 Onto Sunday and a hard frost greeted me as I loaded the gear into the car. I was not all that prepared for a match on a lake, I did put some new elastic into a few top sets and threw some pole floats and barbless hooks into my box which currently is full of river and canal gear! I had some micros, a tin of corn, and I managed to buy some awful casters and a few maggots. I got myself into Shipham cafe and met some of the other lads fishing, an array of experts that would be tough to beat today, but in all honesty I was looking forward to getting some bites and felt I would enjoy today more than a session on the river. 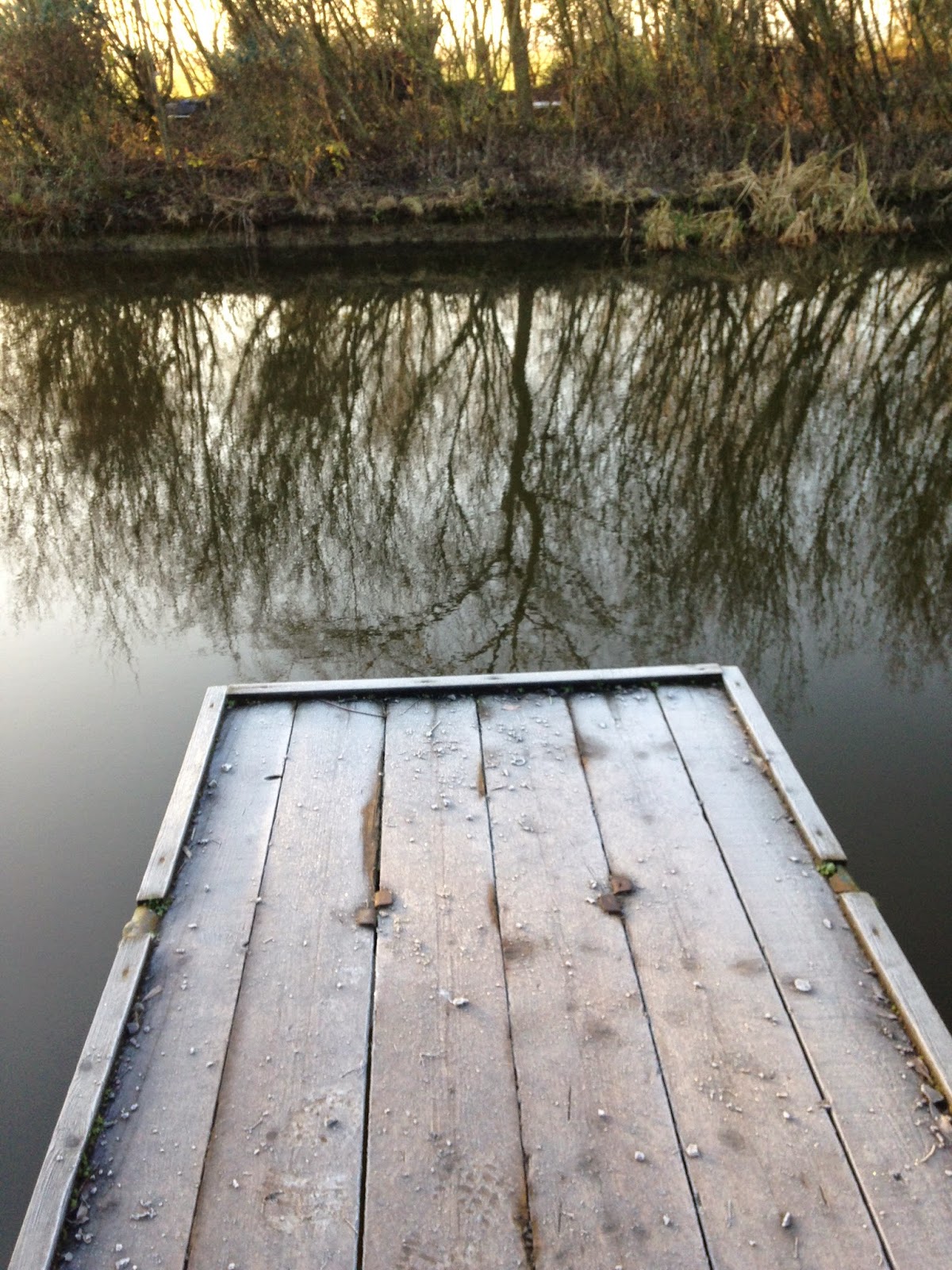 I assembled 3 rigs today; a 0.3g pb inter 4 with 18 PR412 to 0.10 for the track, a 4x10 jobby for over by the reeds with 18 PR412 to 0.11, and finally a 4x12 with 18 PR412 to 0.11 for the pallet on peg 8. To start the match I fed a small amount of micros in two places down the track, casters by the reeds and down by the pallet. Starting down the track I never had a bite on any hookbait, in fact I never had a bite here all day! I shipped across to the reeds and caught a few perch on caster, they were between 4oz and 8oz. As soon as bites slowed I re fed and rested the line, trouble was I couldn't get a bite elsewhere!  After a couple of hours I had 6 perch, Steve Seagar on peg 5 had 1 carp, but up on peg 11 Adrian Bishop or is ot Jeffery (always get his surname wrong, hope it's one of those!) had caught a lot of perch on caster down the track. I dropped into the platform swim on double caster and had 2 perch straight off and then had a liner, I lifted the rig carefully and the float buried at 100mph and I struck into a solid fish which stopped in peg 10! I finally got the fish back to me and landed a 10lb common.

The platform didn't respond and I only had a couple more perch here all match. I tried feeding micro and corn at 13m to my left going up the far shelf (I had tried caster on a similar line without a bite) and with 2 hours to go I had my first indication over this line and landed a 6lb carp. I did have 2 liners over this in the next two hours but not proper bites, and all my other lines were dead. With 15 mins left I had another bite on the corn and the pole hooped over, in fact it hooped over too much as the rig was caught behind the pole pot! I twisted the pole around until eventually the pot fell off and the elastic poured out of the pole. This was another good carp and although I knew it wasn't going to win me anything I took my time. Sadly it got under the platform, and then with my elastic under the platform the fish appeared a foot below the surface under my pole tip, it had obviously got the line in a snag. I had a swipe with the landing net but a fish of 10lb is not easy to scoop at and I missed and the line snapped, oh well. Steve Seagar managed 2 or 3 carp and on our side of the lake the carp did not show at all.

Knowing that I could not win a prize I tipped back my 6lb of perch and 2 carp, that then froze my fingers as the temperature was close to zero again. I left before the weigh in as I had a party to go to when I got home, I think Craig won the silvers from peg 2 with 17lb of perch, and potentially Mike Duckett may have won from peg 24 with 12 carp.

It was good to be back on the bank and despite the struggle for bites it was interesting enough.
Posted by Tim Ford at 11:02