I must say the weather was not good at all Saturday and I was more than happy to be sorting a few bits of kit out than sat out in the cold rain. It wasn't a great effort for me as all my rigs from my last time on the canal had remained intact, just a few new hook lengths and making some more liquidized bread was easy enough. Happy to wake up Sunday morning and find no frost, but as there was not going to be any sun today I wore plenty of layers.

When I arrived at the rugby club there was a very full car park and all 72 anglers were in attendance today, it's a great league to be part of. Liam Braddell is currently leading the individuals and since he's been drawing well (lol) he continues to draw the team peg. However, today he came back with a draw that really didn't look good for the team, all except Liam who was in the bay at Darlington Wharf. I was pegged on C4 which was on the straight past the wires (if you were walking up from Darlington) and my section ended up past the recycle tree. The end peg and the recycle tree are normally the top 2 pegs, so I felt 3rd in the 12 peg section was my target, but with canal expert Andy Britt on my left, Jeff Surmon on my right, Simon Hebditch and England's Callum Dicks all in my section it was looking a tough target!

Andy told me he was last in the section from about where I was last match (great) and that you needed skimmers to do any good. Time to set up and I got my box down as close to the water as I could because I had a tree right over my head, I guess the pegger out never noticed it, blind bugger Ottaway lol! Also note the boat to my left, it'll get a mention again later. 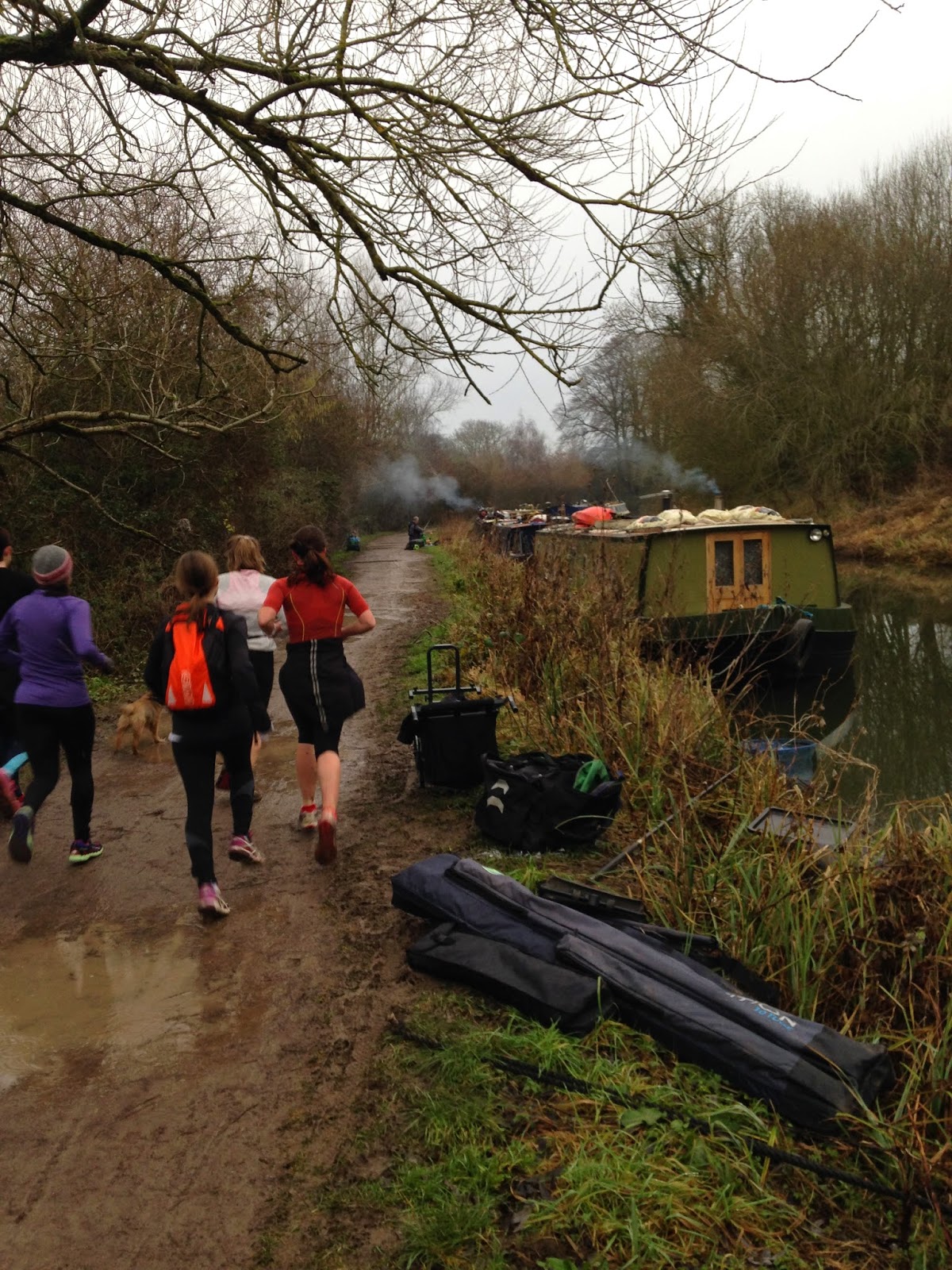 To begin the match I fed bread at 5m, some joker to the boat on my right, and joker at 12m and that would do for starters. I don't know why but I was feeling quite confident about catching a skimmer today, and I started on quite a large piece of punch. First two drop ins and I missed two bites, hmmm punch is probably too big for the roach. However, I then see Jeff next door with a lump on and he lands a near 2lb skimmer, so I stick with the large punch. Finally I started to catch some small roach, not tiny fish but not as big as I'd like, but there were plenty of tiny roach in the swim. After 15 mins as I laid the rig in it didn't settle and shot off at an angle, a good fish was on. I slowly shipped back to my top set and saw a skimmer of over a pound and then it came off, I did swear! There was a lot of slime on the line so it may have been fouled. Next drop in and the rig shoots off again but I slowly lifted the rig and felt nothing, dropping it straight back in the rig moved off and shot under. I landed a 12oz hybrid, and I reckoned there were a few in the swim. Sadly before I could rebait a boat went through and the skimmers disappeared. Luckily I could still catch a few roach, trying a smaller punch was a nightmare as the fish were tiny, so I sat on a big punch and caught the occasional better fish including a 4oz skimmer, until the swim died on the hour. Jeff had not had anymore skimmers, Andy had none but was getting roach on punch regular and I was behind both.

I took a few roach on punch at 9m (where Andy was catching) but a boat came along and killed that before it really got going. This then signalled a very difficult period of the match. My 2 joker swims threw up 1 small perch and 5 tiny roach, caster and worms were ignored. I fed joker in gbait at 14m up to my left in the hope of relocating skimmers, and fed a bit more joker across. I endured a dire two hours with just the odd tiny roach and then the boat to my left came free of its moorings and ended up in front of me! With the help of two passers by, Mat Challenger of Scotts and my landing net we managed to eventually get back in place. I took the opportunity to ask Andy how he was doing and he said he had nearly 4lb but had only had 6oz since the punch line had died. We were both struggling then, but I was a 1lb behind I guessed.

The gbait line down the track only gave up a ruffe and a roach, so I pinned my faith across and kept topping up with small amounts of joker in the hope of switching the roach on. A 4oz perch from here was a mini bonus and the roach bites had stopped so I guessed it had caused that. With about 50 mins to go I tried again at 12m with single bloodworm on the hook and the float just sat there for a few minutes, but then a proper bite and a lot of elastic shot out the end of the pole. I thought it was a better perch and tried to keep the pressure on the hook hold as I gingerly shipped back. As I looked behind me Andy was watching (he was just on his way down for a chat) and he said I was a jammy so and so as I put the net under a 1lb 4oz hybrid that fought really well. I was straight back over but no more bites, so I fed again and tried the caster and caught my 1 and only 1oz roach on it. I tried the 12m line again but put a pinkie and bloodworm on looking for a bonus, it worked sort of as I took 3 sensible roach on this, sadly during the last 30 mins I caught nothing.

As far as Andy knew 4lb was going to be a very good weight in our section and we both thought we had that, but we had to wait for the scales to be sure. They weighed from end peg 12 and that was leading with 3lb 13oz John Fuidge I think had that, Andy weighed 4lb 4oz and I was worried I didn't have that, but luck was on my side as I weighed 4lb 9oz. Jeff weighed 3lb 14oz and so the three of us were top 3 all in a row, on some fish then! I was chuffed to win the section as I didn't feel it was possible from my peg, but there you are fish have fins and losing that skimmer didn't cost me in the end.

The match was won today by Vinny Lunn who caught a very good 15lb 2oz from Beeches turning bay up at Dundas. Vinny had 7lb on bread in the first hour (including a near 4lb bream), he caught again over gbait at 11m, then again over joker at 14m, mainly small skimmers and decent roach, a lovely net. Chris Glover of Nomads was 2nd with 9lb 6oz, Neil Mercer 3rd from the brambles with 8lb 11oz, Nigel Saunders was 4th with 7lb 7oz from next to the winner. Last in the money was Rich Lacey from next to Nigel, but Rich had a few big perch and no skimmers.

Thatchers B tied for first on the day with Bathampton Elite and my Thatchers A came 3rd, we had 2 last in sections as Andy Ottaway and Mark Harper were on wretched pegs.

With one match left next week, my lot are now 9 points in the lead and therefore have won the A division already. In the B div it is tight between Sensas Wilts, M&N Electrical and DW builders for the top 2 places and promotion to A div.

OK that's enough typing time to watch the darts final! Hope you all had a good weekend, and a Happy New Year!
Posted by Tim Ford at 20:17