First of all, it has already been said on social media but I was very shocked to hear that Roy Carter died this week after having a stroke. Roy was only 55 and certainly taken far too early from his family. Those that knew Roy will know of his river prowess, which he demonstrated last year winning a riverfest qualifier on the Severn, but also his great sense of humour and his generosity. RIP mate.

The last day of the river season had arrived and as ever I was trying my luck with plenty of others (46 anglers) to catch a bag of bream on the Avon at Newbridge. In the past I have either missed the "bag up" matches, or not drawn on the bream when the odd big weights come out, maybe today that would change. With 100lb+ winning the Thursday open word had got around and anglers had travelled some distance to fish this match. However, that meant there were plenty of what I consider poor pegs in the bag too.

Kev Dicks had to do the draw down on the bank by the Pumphouse, and it reminded me of the "old days" when that was how opens were started (no brekkie or pub etc). I pulled out peg 32 which put me on the start of the straight, Kev told me that my peg was not fished on Thurs but 33 had 5 bream and 30 had 2 bream, but with more slabs showing the further you went down the straight. Got to my peg to find Derek Coles on peg 30, Derek has been taking some tremendous catches down at Frys, and only this week had 60lb of chub and bream. He showed me some photos, and one slab was enormous and could have been over 9lb! We were both happy that we might get among the bream on our pegs, but would have preferred to be further down. 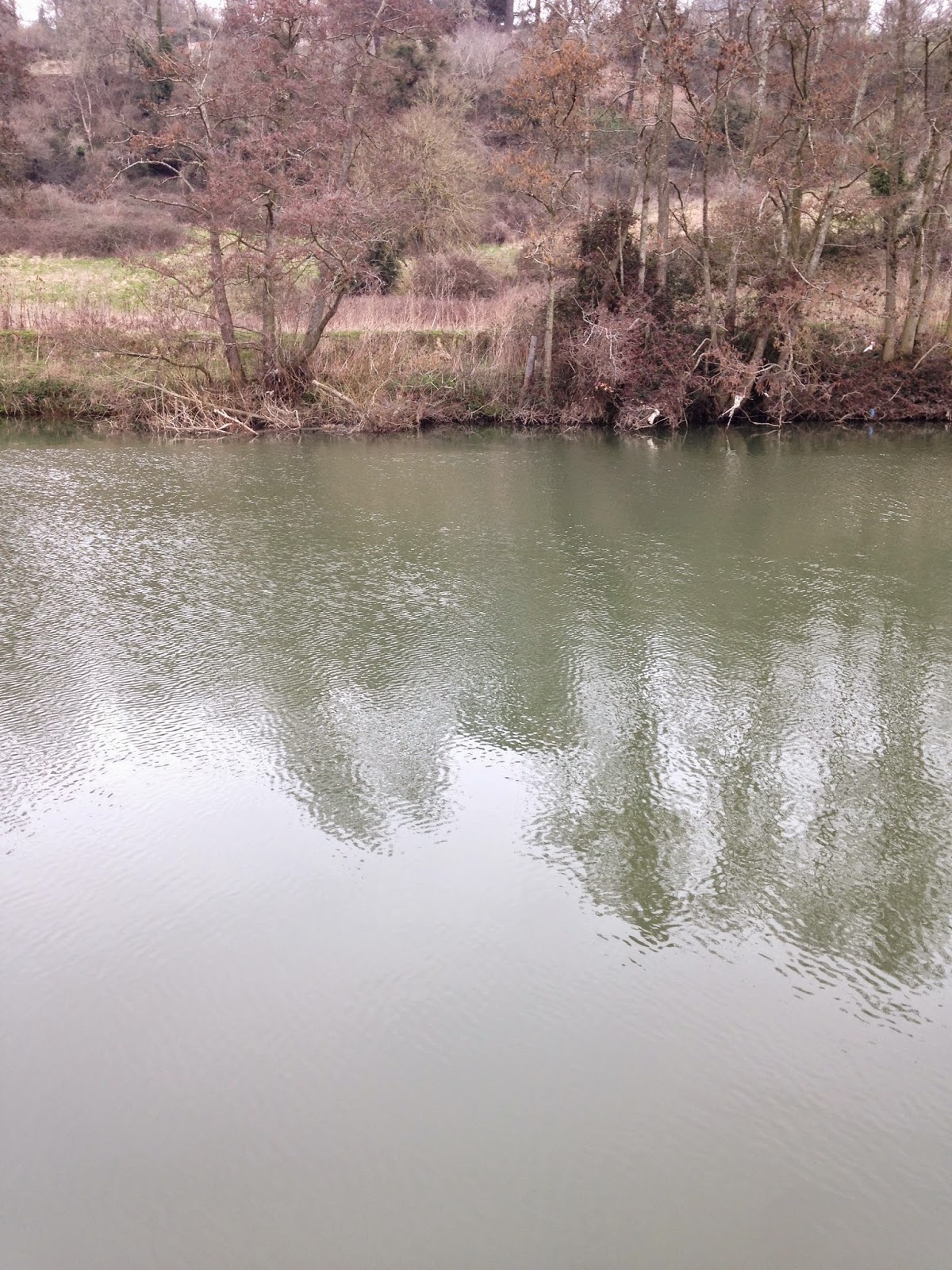 I only set up the feeder rod with initially a 14 PR455 and 0.14 and later a 16 PR355 and 0.12. The straight is not renowned for its small fish at this time of the year, and with the cold Easterly wind blowing straight downstream the float rod stayed in the bag. I had mixed up plenty of groundbait the day before, Sonubaits Bream, River and Lake. 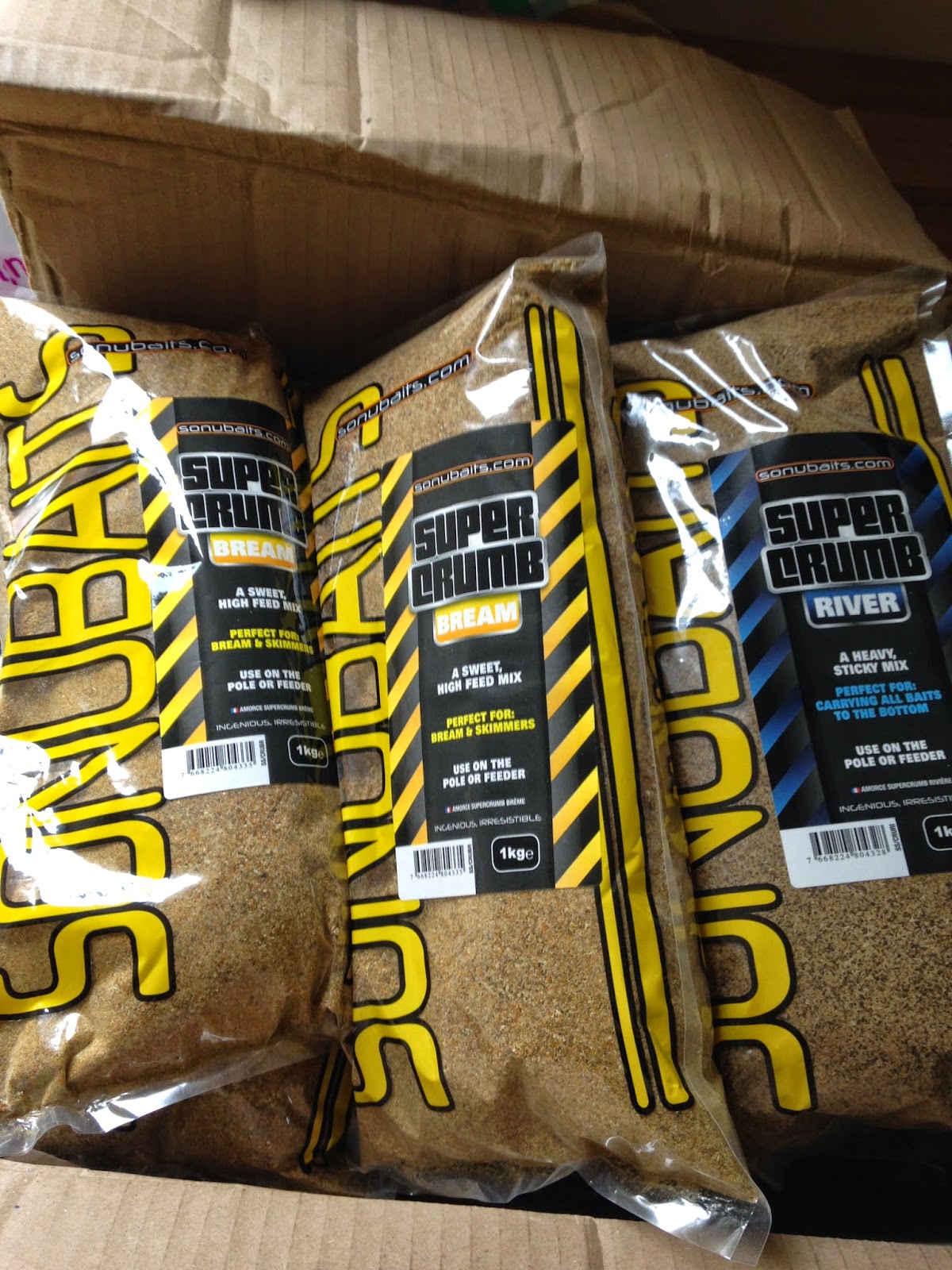 Although I wouldn't fill it I would be able to give the bream plenty if they turned up! At the start I threw 14 apple sizes balls about 2/3 across the river, cast the feeder out with 3 red maggots and sat back. You never worry about catching early on the tip, but if you've not caught after 2 hours then usually you're hoping for a good last 90 mins.  I had a couple of plucks in the first 45 mins, one on maggot and one on worm and maggot. On both occasions the bait had not been touched and I suspect it was small roach. It was easy to see the bites as the river had little pace and a 20grm feeder was more than enough to hold even with my rod pointing down stream and parallel to the water to avoid the wind hitting the line. I did feel a fish on once, this was when a pike about 8lb grabbed my feeder for a couple of seconds lol!

Around the 2 hour mark the lad below me came up for a walk and he hadn't had a sniff, but when he went back to his peg he had a bream within 5 mins. I then had what looked like a bite, the tip moved round quite quick and dropped back. My strike met with no resistance and the bait was totally unmarked. Next cast and the tip seemed to pull round an inch, then again, then again and I struck and again felt nothing. Two more tiny indications had me thinking the bream were in the peg and I was getting liners, but then the tip went back to being motionless. It turned out that Derek had also caught a skimmer and a bream during this period, and the lad on 36 had 3 in 3 chucks, so I'd done well to avoid them lol! From then on the match did not improve for me in fact it was only thanks to bank walkers, facebook and a few phone conversations that kept the day interesting. Craig Edmunds sat behind me for a while and he saw me hook a snag and lose a hook length. It was good chatting to him though and he did entertain his daughter by putting one of my fluro maggots on his tongue!!! Simon Hebditch walked up from fishing in the little field, and he had 1 bleak, I then caught a branch and said well we just need the other "B" a bream! 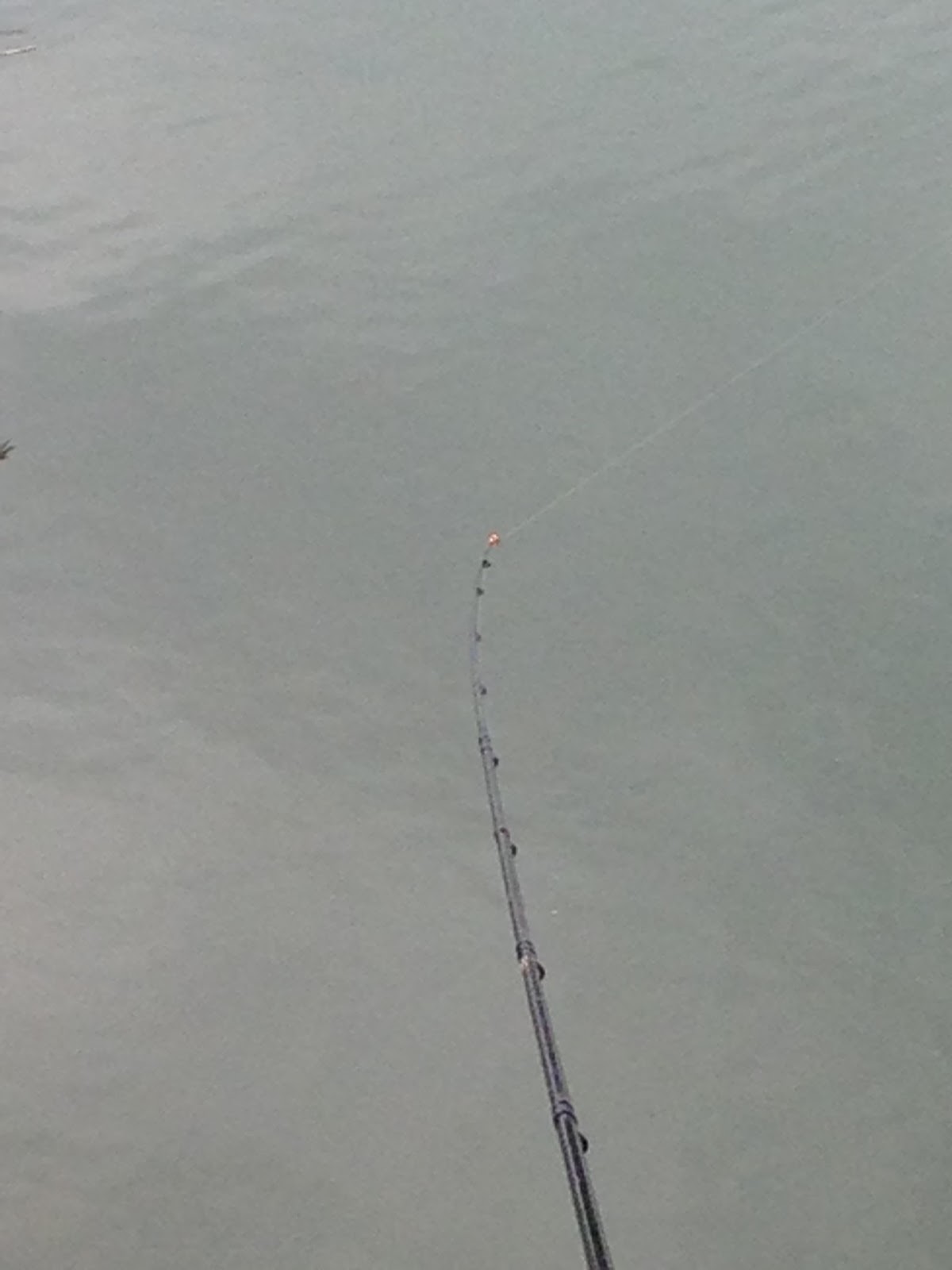 Sadly the picture above shows what I (and many others) stared at for the rest of the match and it just wouldn't go round despite me feeding casters with a catty and trying different hook baits. The lad on 36 was Gary Williamson and he had 6 bream with an hour to go, and we heard that Paul Isaacs on peg 56 had 5 bream, other than that it was fishing poorly and a number of anglers had already gone home. With 45 mins left (of the 6 1/2 hour match) I was feeling very cold and not that well and I decided to call it a day and pack up. When I got home my hands were blue and it took me a few brandies to warm up!

As you can see by the results the bream that did show to make the frame were in a couple of areas only. It only took 5lb or 6lb to win a section, so all in all a hard day. Probably the worst this match has fished for many a year, I guess the drop in temp, Easterly wind and cold rain messed it up for us. Sorry I can't make this blog any more interesting but a blank is a blank! No doubt within a week or two the river will be sock on grrrrr!