After a bit of mid week debate with Glenn we decided on a trip to Landsend, two weeks on the trot for me then. My BMW was packed to bursting again, but that's the last time as it goes back to the lease company end of next week. We got Shipham cafe which was also full to bursting, and it took a while to get the brekkie, but at least we got one as Ken Rayner wasn't allowed to order one! Found out the match was going to be split over match and lake 3, with the lakes being paid out separately so effectively fishing two matches. I was hoping for a draw on match lake as this had fished better last week and its also got more silvers. Luckily I got my wish and I pulled out peg 11 which can be a good one for silvers and carp.

I got to the peg and noticed how high the water level, I found out owner Mike Duckett had topped it up with water in the week. I thought I would set up for both carp and silvers, but hoped to get the silvers going. Rigs set up were two 0.3g PB Inters one with a band and one without, 18 PR36 to 0.14 was used. A 4x12 PB Carp as used last week for across in 2 1/2 ft of water with 0.14 to 16 PR412 for caster. Lastly a 4x12 dibber thingy for slapping.

When the match started I fed some 4mm pellets at 6m just off to my right and some at 11.5m and pinged a few with the catty across to the far bank to the reeds. 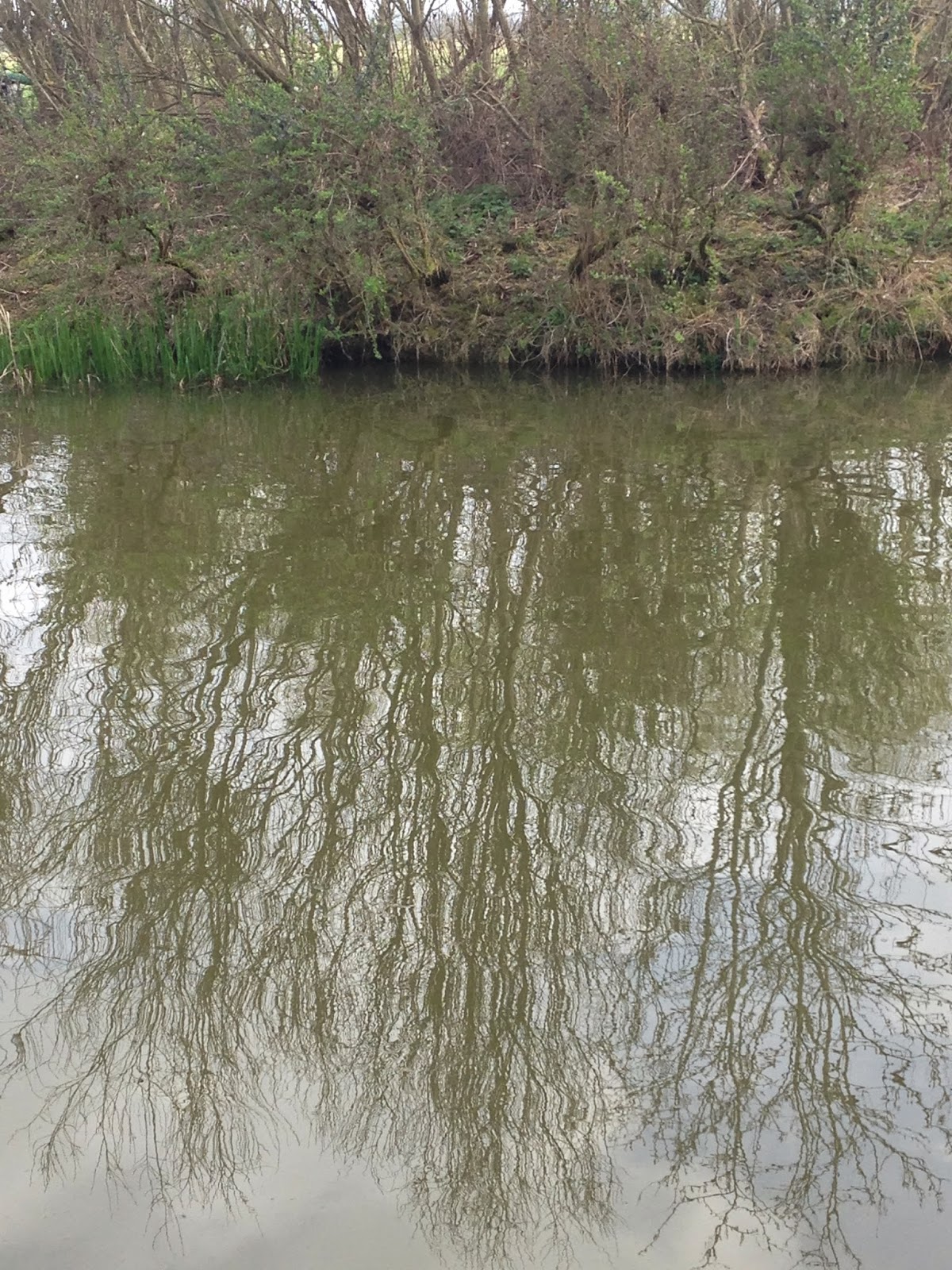 By the time I had done this Tony Rixon on 3 and Gordon Cannings on 5 both had carp on. I stated on my 6m line with banded 6mm and after about 5 mins the float dipped and I had a carp on and not the hoped for skimmer. I landed it safely and went out again but this time the float didn't move. Out to 11.5m and sadly the same result and not an indication. With 20 mins gone the silvers plan was not going well, and Kev Molton opposite on 13 was biteless, meanwhile Tony and Gordon were still catching. I picked up my slapping rig and went out to the reeds, I got some fast bites but hooked nothing and thought it was roach, but then I hit one and the elastic came out! It was an F1. Around 5 mins later I had another F1 and as these count as silvers I was thinking a few of these would be good weight builders. Then I hooked a carp which was around 5lb, and the fast bites stopped and despite me slapping elsewhere the F1's could not be relocated!

I was now sure I had to stick to silvers as Tony and Gordon were not slowing down and I heard Sean Townsend was also bagging. I tried my 6m line again and this time I had an immediate indication and I landed two skimmers in two drops. A little lull then followed so I fed a few more 4mm and not long after had another skimmer. It was awfully slow again and the 11.5m line again yielded nothing. Time for a rethink, and I had a pint of caster with me so fed a pot of them across to the island just in 2 1/2 ft of water. Leaving that to settle I went back on pellet lines and had 1 more simmer at 6m but that was my last fish from there all match. Finally a bite at 11m but it was from a carp.

Time to try the caster, and using double caster on the hook I had the obligatory couple of small roach and rudd. I shoved all the shot down to the hook length and then started to get a few perch which were around 8oz. It quickly slowed up so I refed and tried the other lines without luck. Back on the caster I had an F1 and a few more perch, before I had to rest it again. I started to feed some 6mm meat at 5m straight in front of me, hoping the skimmers might prefer that.

The caster line was by far the best area as I had a tench and a chub from it, but I could tell it was slowing up as I'd get less bites from it after every feed, and eventually with about 2 hours to go it dried up. I struggled the last two hours for silvers, I changed the 11m line to worm and caster and this gave me a couple of perch and a tench but nothing else. The 6m meat line was also quiet with just 1 skimmer and 1 carp. In between to rest the lines I slapped a pellet in various places across and a few carp but no F1's.

When the match finished I had really enjoyed the day but was gutted that the silvers wouldn't keep coming especially the skimmers. As it turned out my silvers went 26lb 1oz, and my mainly accidental carp 38lb 3oz for a total of 64lb 4oz. I ended up second in the silvers and a pick up, and was beaten by Paul Faires on 24 who had 30lb of mainly skimmers.