I got back to the UK on Monday 10th February after a fantastic 10 days in Barbados. A holiday of a lifetime for my wife and I to celebrate 25 years of marriage in 2020. I stayed in a great hotel, which I found out whilst we where there is used by the SKY sports cricket commentary team. A year or two ago they filmed on the beach here, and having been told this I did recollect seeing it once I was on the beach. Although at present a lot of the beach is missing due to a recent storm washing a large amount of sand away (a regular thing and the beach soon recovers) it was still a great beach and I swam in the sea every day.  This was my view from our balcony early one morning, I could live with that. I hope these pictures might brighten your day and take your mind off the crap weather we have at present! 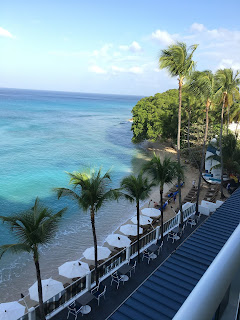 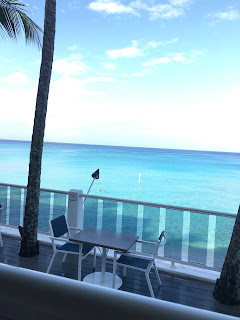 Whilst there were many highlights (like the lovely weather, discovering great rum, and being in control of a small catamaran) I think swimming with turtles and snorkeling over wrecks full of fish were top. 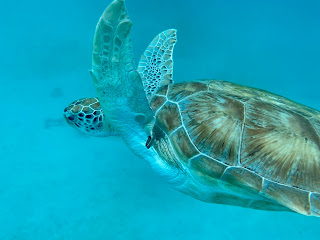 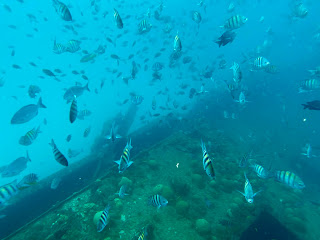 Isn't it funny how you can travel so far and still meet people with a connection... I met a guy called Jim at breakfast, and turned out he used to live at Swineford. A family from Burnham turned out to know my Dad well, with the mother cutting his hair, lol. I saw plenty of bird life too, Kingfisher, hummingbird, Carib Grackle, and many more, but my favourite was the "Magnificent Frigate Bird". Always wanted to see one of those since watching a David Attenborough episode, so well chuffed.

The best thing though was experiencing all the delights with my wife; superb food, lovely drinks, exceptional service and friendliness of staff, and of course the sunsets. Yeh man! 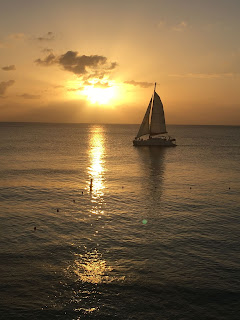 I was glad to have missed storm Ciara, though my garden didn't miss it with 3 fence panels damaged / destroyed. Of course today as I am typing this storm Dennis has and still is causing mayhem. I have another fence panel dislodged and more on the neighbours side, not sure when I can sort that as there seems to be a shortage of panels.

With no fishing this weekend I have picked up my diary from 2000 with the last few entries in December. I pleasured fished Bristol Docks on December 2nd, I sat on a peg near the Thekla boat and set up both pole and groundbait feeder. I had 4 skimmers and 3 roach on the feeder, and 7 skimmers and 1 roach on the pole. Not big fish as I weighed my fish in at 7lb 2oz. On this day I only had bites on bronze maggot, and double bronze was best.

A week later and it was the Bathampton Christmas match which was being fished on their commercial lakes. I drew a peg on Withy Pool and when I had a skimmer first cast out on a little feeder I was enthused. I shouldn't have been, it was the only bite on the tip, and I had one bite on the pole on corn which I missed (liner?) and that was the extent of activity for me.

Back down the docks again, this time for the Docks AA Xmas match. I was gutted when I drew Bathurst Basin as you needed to be in the centre to get on the skimmers, and Bathurst used to hold none of them! It was a pole day I thought, and I fished at 8m and fed no gbait at all, just lightly loose fed small amounts of maggot and caster. Using a 20 to 0.09 it took about 30 mins to get a bite, and during the match fish came in little bursts, roach, dace, bleak and even perch. Single white or red maggot on the hook worked best. I finished up with just 3lb 1 1/2oz but this was enough to win the section, so money and a prize at last. I went to the Docks again on the 23rd December for a little knock up, but I struggled to catch 3lb of roach and was again in a poor area so tipped back at the end.

I got out for a few hours on the 27th December, fishing the cut by the Lock Keeper at Keynsham. I whipped out 50 fish from the 7 feet deep water, bleak, dace and even a perch and an eel. Nice to see the float go under, and be able to fish... I say that as the very next day we had 2 inches of snow, a bit more snow the next and then we had -8C at night! Still I went fishing and I went to Conham (Bristol Avon) walking through the snow. I fished opposite the railway arches, set up a maggot feeder only and cast that across. I did catch on this, 2 chub and 1 dace, and whilst this was never going to be a bag up session I take a lot of pleasure being able to catch just a few fish when conditions are tough and many people don't bother.

Here's hoping to the return of some better weather, I certainly want to fish next weekend, it may be a trip to Hillview, but I'll keep an eye on the weather.