Got a call on Friday from Glenn Bailey, he was in need of a lift as his car had failed the MOT and needed £700 to get it through. I picked him up Sunday morning and despite scraping plenty of ice off the car and we got to the draw in plenty of time. The car was stuffed to the brim, and we hoped we would draw near each other to avoid lots of driving around. At the draw it was a bit like de ja vous as after a couple of bacon rolls Mark Harper asked me to draw for the team again. I studied the pegging and fancied drawing F11, 12 and 13 up at Warleigh aqueduct. This last match was going decide many things, and I was top of the individual points chart but only by weight as Mark Harper had the same points, Liam Braddell was just another point behind.

Team draw done and I had put myself on the brambles up at the George, happy with that as it has been good for small fish. Glenn drew in the same section, dead handy, and he was on peg 2 down by the cottage with peg 1 empty. Next to Glenn on the peg that came 2nd last week was Neil Mercer who had just about calmed down from reading my blog last week! (After the match Neil had pints of ale on the table waiting for his team mates, he's a good un really he had to shoot off last week!)

Just as I got to my peg the boat moored there was pulling out, but he said he was coming back at 11am, OH SHIT!! Thankfully the guy agreed to moor up where he was going off to, and come back at the end of the match, RESULT!! View of my peg without boat is here. 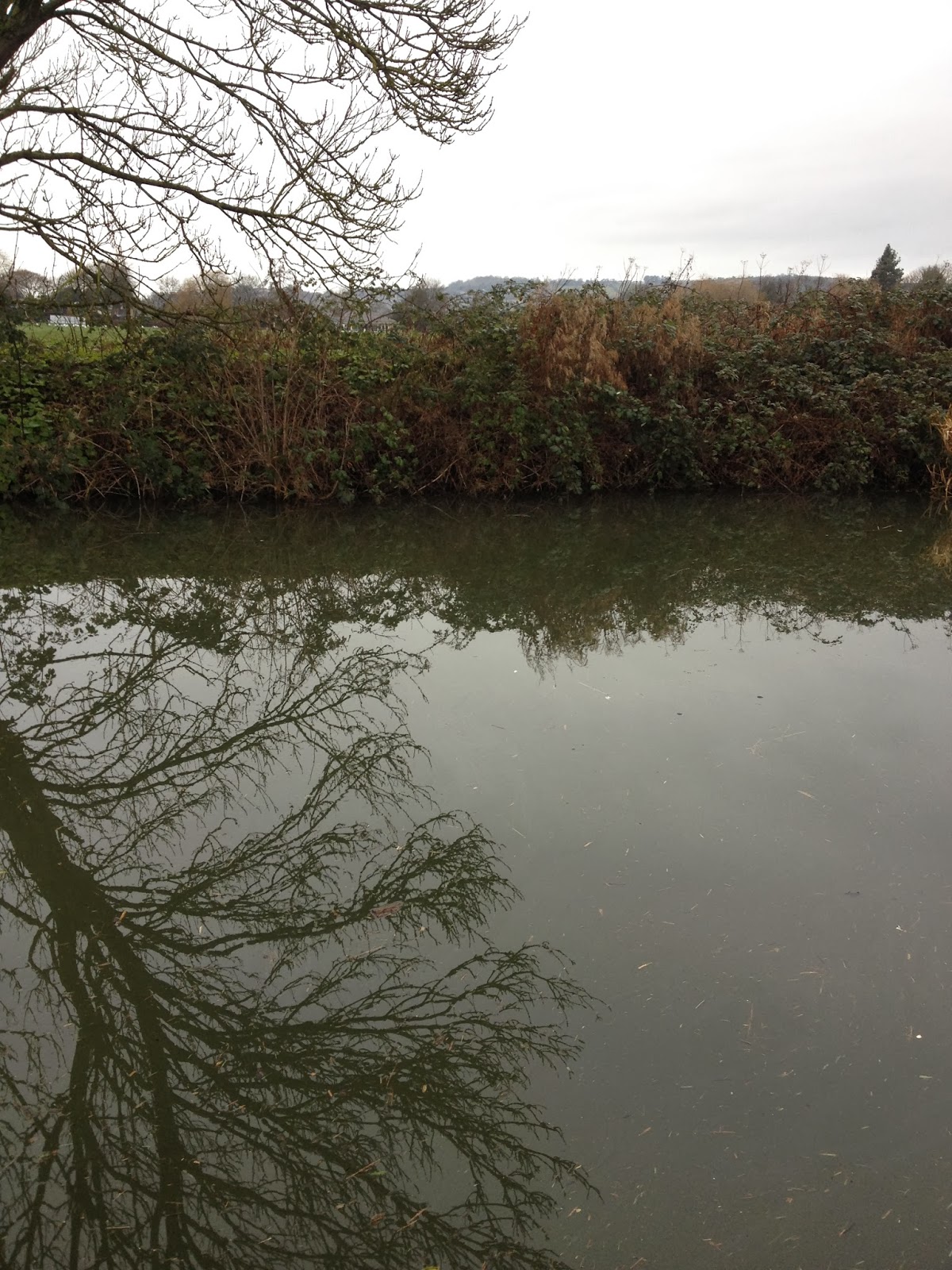 The only trouble was the canal here was covered in bits of grass, twigs, branches, wood and even a dead fox, it was going to be a pain to get a rig in, see the pic of the shite! 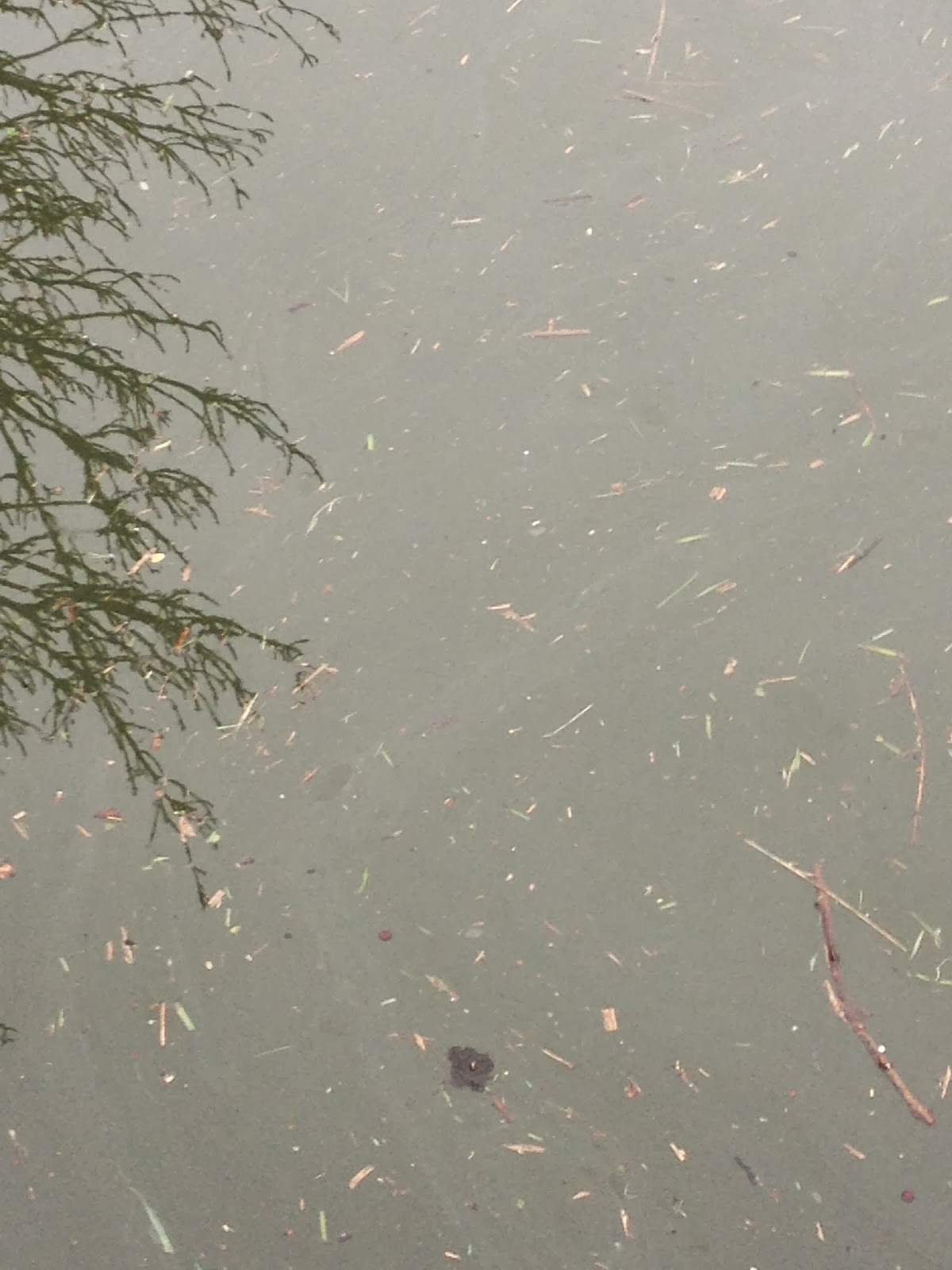 As far as setting up goes today I will just mention the rigs I caught on (as 3 were no use) my usual 4x14 drennan roach with 0.07 to 18 PR311 for punch, a 0.4g wire stem jobby for bloodworm at top set, a 0.2gm Preston PB silvers with 0.07 to 20 PR333 for bloodworm across. To start the match I fed a ball of liquidized at 4m, a ball of neat joker across at 13m, some casters and pinkies at 13,5m across to my right. (Chop worm swins were fed later but nothing came from them). Picking up the punch rig and the float went straight under with a small roach, and it did so for the next 35 mins with all fish bar two 3oz hybrids swung in. I then had to step down a punch size but it wasn't as good so I gambled and fed a bit more bread. The gamble worked and I caught again back on a 6mm punch, and I carried on doing so for another 45 mins, so it was a good start.

I now fed a ball of joker at 2m, and decided to try the bread across at 11m (something that failed for me on an earlier match) and caught straight away on this line. I probably took 15 fish from here before it was gone. I tried my caster line and had 2 roach smaller than I caught on the punch, and a 3oz perch later was the end of that line. My joker lines were not responding and neither was choppy, but the lad below me had a 1lb+ perch on a worm. I was really struggling for bites now and decided to go for a quick walk. Martyn Reyatt was two below me and he was doing the best, Liam Braddell further up had 2lb so I was ahead of him and it seemed I was doing well.

Getting back to my peg the better fish lines were not working and then with 90 mins to go the joker lines started to work, and my across line really got going. After an initial 5 fish on pinkie over I had to put bloodworm on the hook, but bites were coming as soon as the float cocked and the last hour was a small roach every cast to the end (as long as I didn't catch some of the floating crap!). I thought it was going to be close between Martyn and myself and fair play he did me by 1.5oz, I weighed 6lb 12oz of all small fish and had really enjoyed a good day on the canal. Coming 2nd in the section and beating Liam meant that Mark Harper had to win his section to win the individual. However, Mark had a poor draw in a poor section and the individual title was mine again, yay! My team won on the day and so we won the league again, double yay!

Results on the day :-

All it remains to say is well done to Nicola and Mike Goodhind and Vince Lunn who ran the league and did a bloody good job. Well done to all anglers competing, I hope we can get 13 teams again next year.

I think I might have a rest for a couple of weeks now, I'll rephrase that, do some DIY!