Back onto the Avon at last, think it was Dec 2013 last time I gave it a go? This match was well attended as it was a practise match for the upcoming superleague matches, I think 50 people were in attendance. I tend to stay away from the Avon until mid to late August, this is to co-inside with the roach starting to feed otherwise you're fishing a bream lottery.

I went to Wetherspoons in Hanham for breakfast, you always know what you're getting there, but today some of it was a little on the cool side. The draw was at the usual Saltford Rugby club, and they were doing some fund raising when I arrived for the 10am draw, so I had my car washed for £3! Once again it was really nice to see anglers that I've not seen for a while, and I was humbled by their warm greeting and kind interest in my health. I had a joke with Kevin Dicks could I have a disabled draw in the trees near peg 124, he said no but I could have 107 on the arch, just banter. Into the draw tub I go and I pull out peg 109, a short walk and usually a good area for roach at this time of the year but I didn't think I'd get many bream. I had just walked through the arch and down to the river when I slipped on what was a patch of wet sycamore leaves, I turned right over on my right ankle. Shit did it hurt, it was that bad I felt sick, I limped to my peg and put my feet up but very soon I had an egg for an ankle.

My peg looked like this before the effing wind got up lol! I could have got down in the water I think, but the ankle was not going to take it so I sat on the bank. 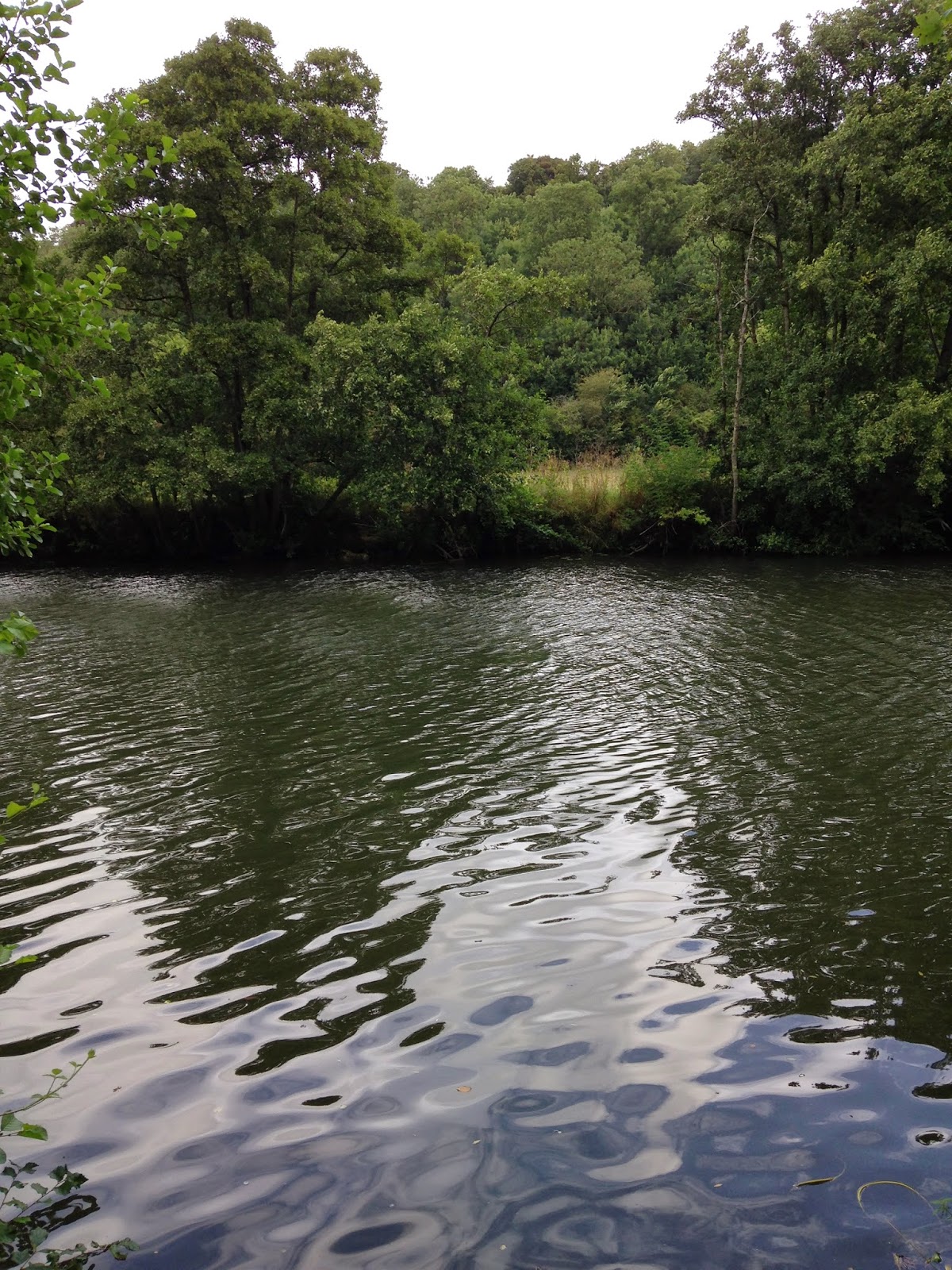 I was actually ready for the start of the match (midday start), and threw in 14 balls of groundbait with caster and hemp at 13m and had 10 casts on the feeder to get some grub in. I dropped in on the pole with 1gm rig with a caster on the hook and immediately the float buried, a small 2oz roach was the culprit. The next two casts I lost two small fish, they bumped off and I guessed they were very small so stuck a maggot on. A 2oz perch was swung in and that was not a good sign, but then I hit a better perch about 8oz which I pulled out of just before the net went under it, at least the rig didn't tangle. Back on the caster and a 4oz roach, but then not a bite, and maggot only got me a 1oz roach. I tried the 3gm rig to see if the presentation of the bait was the issue, I did put double maggot on as I was on a 16 and no bites came. I thought perhaps I was a bit gung ho, so I went "Gary Etheridge" and put a 22 to 0.08 on the 1gm rig and never had a bite!!!

An hour gone and I was on about 12oz and going nowhere, I popped down to see Graham to see if I was getting battered, but he was in the same boat as but was already on the feeder as he had seen 2 bream roll. The feeder was soon cast out in my peg and first chuck the tip hammered round and I missed it, the bait was mashed and it had been a chubby bite. Nothing more followed and then at 1:30 Glenn Bailey rang me from Ivy House where he was struggling big time, as we talked I had a lovely pull round bite and when I struck I felt a very heavy resistance. I knew this was a bream and a good one too and it's a lovely feeling when you play these fish and then see sight of a lid near the surface. As I netted the fish I reckoned it had to be 6lb+ and it had come at a good time. Next chuck the tip remained unmoved and when I picked the rod up I was snagged, new hook required. At 2pm I had my next bite, not a bream but a 8oz perch, not the best of signs but not to worry. Errm that was that! I never had another bloody bite for the next 3 hours on either tip or pole, what made it worse was that Graham had caught some bream in a one hour spell, and the guy on 107 had done the same, so obviously I was doing something wrong and ended up a chip shop sausage. With my section going back up to 79 and knowing a couple of anglers had more than my 7 to 8lb I chucked back and packed up, this picture enforces how few roach I caught (they're hiding behind the bream lol). 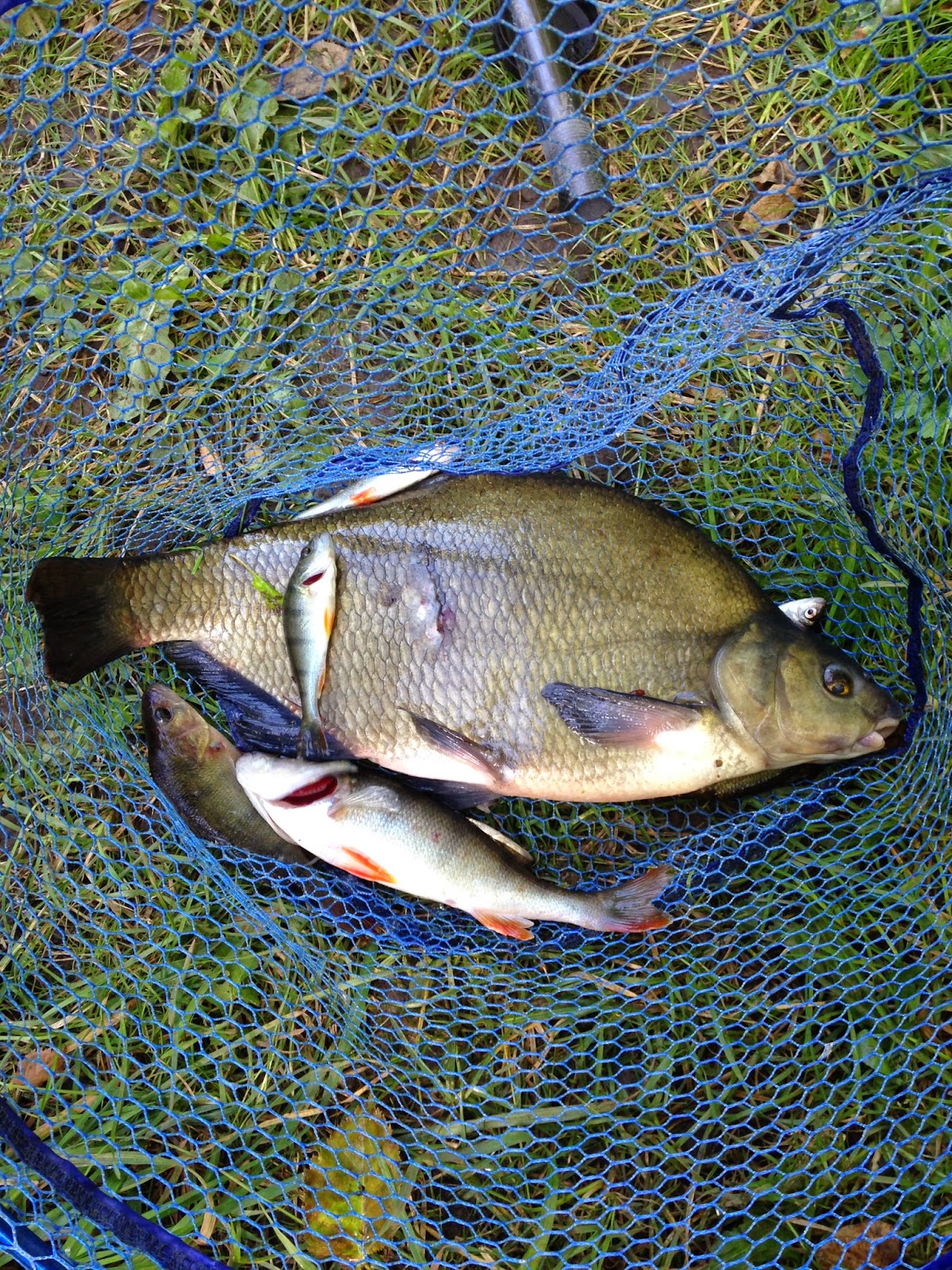 As it turned out the bream were very near me (I mean the main shoal), next to Graham on 113 was (I think this is his name) Jody Tocknell who had 58lb 3oz of bream, the next peg in the match was 118 and on here Roy Carter and he won the match with 59lb exactly, well done you old fart! 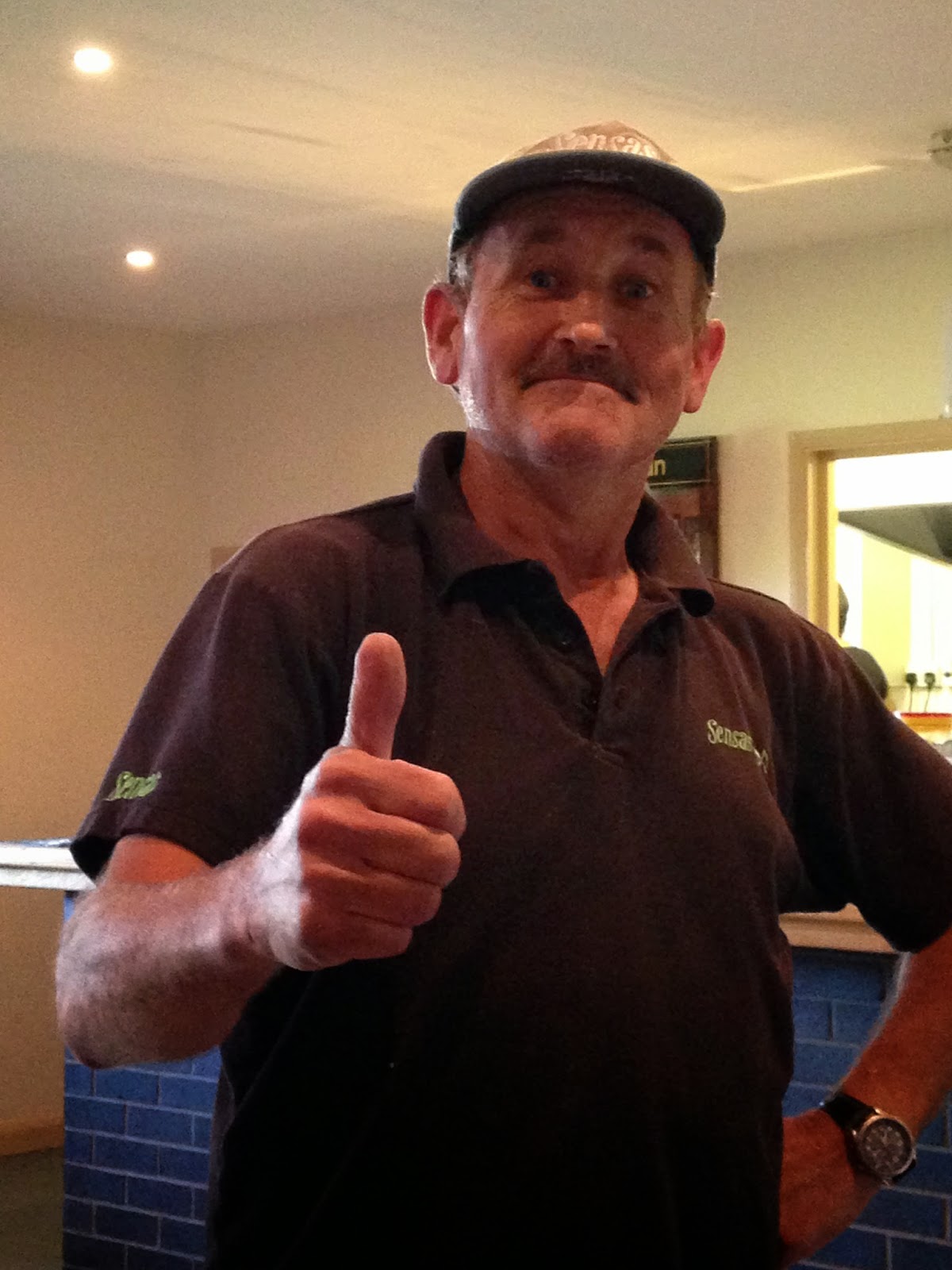 Some roach were caught on the day, with Kev Dicks having 14lb from the little field, an 11lb from peg 79, an 18lb from peg 144, and peg 46 had 12lb of roach on the feeder! Those roach always feed on the end pegs of the trees! Graham cut me a new ass weighing 24lb 12oz for 3rd, and the lad the other side of me won the section with 17lb, I can't remember getting a lamping like that for a while, shit happens! Just seems to be the way at the moment, I cant catch for toffee, never mind I'm sure I'll get back to catching a few sooner or later, I hope! Mind you I reckon I could have weighed in a pound of slugs, I had some huge buggers all over my kit, and my hands were covered in slime, next time fish slime please. Well a little break now as I take some time away with the family, I hope I can fish the superleague in a couple of weeks, I'm "not required" for Thatchers but hopefully can fish for Cardiff Nomads and by then the roach will be feeding, won't they?
Posted by Tim Ford at 21:27