A few weeks ago Mike Nicholls asked me if I could take his place in this match for him, I think it is round 4, and I said yes as I do like a challenge. Avalon is a fishery that needs a lot of work on to keep it match fishing friendly, keeping trees, bushes and reeds well trimmed amongst other things. Vic Bush and his team work hard to keep it in good fettle, but whatever they do there will always be little snags etc to make life that bit harder.

Bela Bakos was kind enough to give me a lift this morning, and we enjoyed a breakfast in Shipham cafe, which despite some poor comments recently it seemed OK to us. Glenn Bailey and Martyn Reyatt also joined us and they had no complaints either. It was a actually mesmerising to see Martyn devour a large brekkie in double quick time, Glenn was only halfway through is small breakfast! Apparently Glenn went for the small after the recent picture of him on Mike's website.....

At the venue in plenty of time, the venue had lots of colour in it and fish were blowing well, there was no wind, but what would it be like at 11am? I never really know where to draw on this venue, but when peg 5 stuck to my hand I was happy enough, it is on an island but there is a gap in it where there are some reeds. As Tony told me, it can be a tackle graveyard if you fish to near the gap. In my section today were peg 1 Joe McMahon, peg 3 Neil Mercer, peg 6 Dave Houghton and peg 7 Ken Rayner. 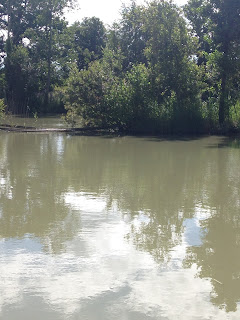 Setting up wasn't going to take too long today, a 4 swan pellet waggler with 0.18 to 16 PR38, a paste rig for 13m and a pellet rig for the same line (which never went under). Also set up a 4x12 rig for fishing in the right hand margin, sadly it was impossible for me to get close in so I was fishing in about 4 1/2 foot of water. When the match began I fed a half a pot of 6mm pellet at 13m and went over it on the paste, all the while feeding 8mm pellet by catty to the island. After about 5 mins the pole line started to have a mini fizz, and soon after a positive bite was hit, it was a 2lb skimmer. Nice start, but over the next 30 mins despite a few fizzes and a few indications (what looked like bites) I had not added anything else, The pellet rig was equally poor and I was soon reaching for the waggler. I had initially clipped this up to fish short of the island, hoping to get a few early silly fish, despite a couple of swirls this did not work and I was soon having to cast closer to the island. I finally had a bite and hooked a decent carp which made the old 13 foot carbonactive bend to the butt. Landed it after a decent fight, and it was maybe 8lb. At this stage Ken Rayner was probably best as he had a carp and 7 skimmers.

Two hours in and I was searching for carp number two, and out of no where I caught three carp in three cast on the pellet wag, not big fish but this kept up in the section with everyone bar Dave having about the same. I had another carp shortly after and the lake seemed to really shut up shop, certainly did in my section. The carp had left the island and the paste line wouldn't fizz, an early look on meat in the margin was fruitless. All I could do was go through the motions in the hope some carp would turn up again, but it was hard work in the sun. It seemed the section opposite us was also fishing hard and Dave Roper had enough and packed up. The 5th hour was a good one for me and I took four carp on the waggler and going into the last hour I thought this line would get better and I might be able to get a decent weight, Sadly the wheels fell off, I had more carp in the peg then ever before and yet I couldn't catch one, probably had 3 bites and hooked none. I saw that Ken had taken a few margin fish and I was concerned that my chance of winning the section was ebbing away. With 20 mins to go I put a big pot of 6mm on the 13m line, and gave the margin another go. The float finally went under here, but it was only a pound skimmer, and with 10 mins to go the 13m line fizzed big time! Straight out with the paste and I did get a bite and finally a carp was hooked, probably about 3 1/2lb and that was my last fish of the match.

I though I had 50lb (based on my clicker) the other lads were admitting to 30 to 40lb, but we would see. As I was packing away I reflected on my day, I lost one carp on the waggler all day, that just pulled out about a third out, but no fish snapped me and I lost no floats, result! I do think though that I was distracted by the island dwellers, and heavier feeding on the pole and paste may have added some extra fish. That said in this section there just didn't seem to be anyone catching. The scales weighed Joe 41lb, Neil 40lb, myself 50lb 10oz, Dave 5lb, and then Ken had 48lb which included 15lb of skimmers. Ken had caught 4 carp in his margin which was cut out nicely and shallower as a result. I was happy to have won the section and working hard paid off.

I believe the top weights were..

It was nice drive home and the van was taking home some money for both driver and passenger. Very tired now as I slept poorly last night, so hoping to catch up on the zzzzzz's tonight! Next week I am fishing Windmill fishery on Saturday and Sunday. That'll be the last commercial match for a while I think, as I have the Division one national on the Trent coming up and a super league on Newbridge.
Posted by Tim Ford at 21:17