A fairly unspectacular week leading up to this weekend and only needed minimal prep with a couple of a rigs redone and the obligatory groundbait mixed Saturday night. It was a pleasant sight to to see the rugby club open this morning allowing me to have a bit of breakfast. Sadly one of the teams was a couple of anglers short, but hopefully that won't be an issue going forward. Team drawing expert Liam Braddell did the business today with what looked a very good set of pegs for the team. My home for the day was peg 138 down towards the bottom end of the trees. Now against my number it said H5 which meant I was end peg in the match, but somehow I was not there were two pegs below me! Not quite sure what Kevin Dicks did but it all made sense to him, but with no section pegs pegged out it made life a little difficult in places.

After the relatively short walk from the car park to the arch and then 31 pegs later I found my home. Nathan Hawke was above me on 134, Jeff Surmon below me on 140 and on the end peg 144 was Lewis Walker. Normally in this section the end peg dominates and the further away you are from it the worse it gets, but I was more than happy with my peg. Thinking about my set up today I based it around catching roach as skimmers are pretty rare down this end, and the gbait feeder was set up and chucked out 3 times and never had a bite, the end! If you read my blog you'll probably already know what I set up, 1gm pencil, 2gm rugby ball, and 3gm flatty, and 1gm rig for chopped worm. I like to keep things light for roach fishing and a 20 to 0.08 was the most used end tackle today, I did try an 18 to 0.10 for a bit but it was noticably slower. I wished I had some tow rope with me though, as there were lots of rowing boats out on the water!

The mist was now clearing and I could easily see my rig at 13m and threw in 12 jaffas containing some caster, hemp and pinkie. I started on the 2gm rig with caster but it was a very slow start and and after 15 mins I was reaching for the pencil rig. Caster was catching me odd small roach but it was not prolific by any means, switching to single maggot got me a bite a chuck but it was from 1oz perch and similar sized roach. The bites were coming below where I felt my gbait had settled, and I started to run the rig further down the peg and for a while this picked up roach from 2oz to 4oz. Every time I thought I had it sussed though the bites would become fewer and I'd miss more, I had to keep trying the different rigs and different hook baits and different areas of the peg all day. I also had a few on the crowquill and they tended to be slightly better. Halfway through Jeff and Nathan were admitting to 4lb the same as me, we didn't know about Lewis. I reckon I'd wasted 20 mins by not being able to get the rig in due to the bloody rowers! At one stage an eight that was obviously virgin rowers ended up next to my keepnet, I kept cool. See below the useless feckers! 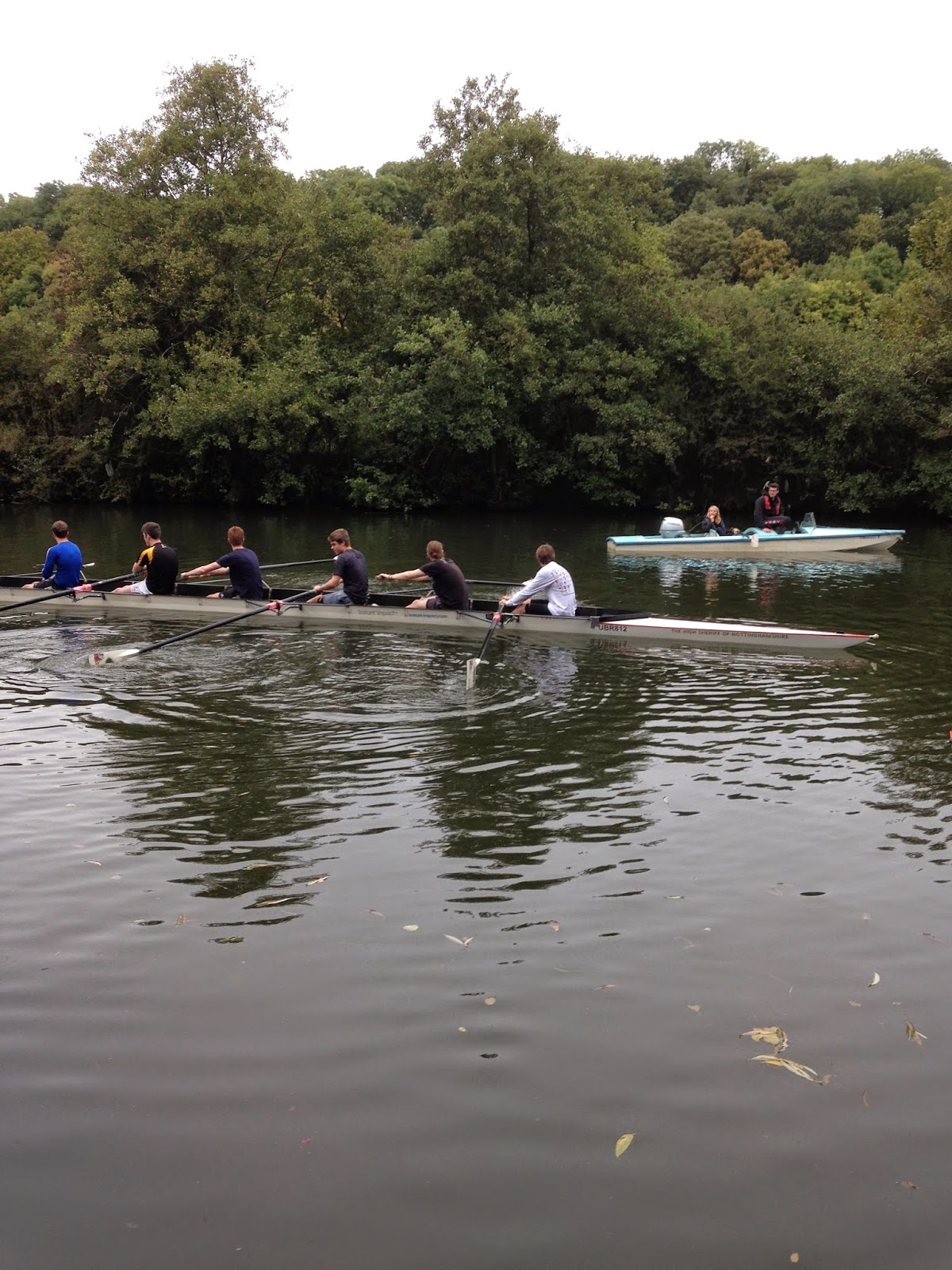 I suppose I had gone nearly 3 hours on the pole and I thought I had 6 to 7lb when it was time to try the chopped worm swim which was about 11m down the peg. I had 6 perch up to 6oz and 1 eel here so useful fish when it was fishing tough. I lost a perch though when the most useless line up of rowers in that eight came back and nearly hit me again, I kept cool. Then they just sat there whilst they got given instructions by another boat, after a minute I lost my cool and told them to get the f@@@ out of my way, and they did and looked rather sheepish! I guess it is the time of year and all the Bath Uni freshers are giving it a go, I did feel sorry for the 4 girls rowing who got hit by a narrow boat..... no I laughed quite a bit actually lol!


I was convinced the roach would come back on the feed late, especially as we were fishing to 5pm and the conditions light winds and overcast were perfect. I'd kept loose feeding casters and hemp all day at 13m and it paid off when with about an hour to go the bites came back and the rowers had finally thinned out. I still had to keep messing about with my rigs but the 2gm rig with caster and then later a maggot was best. I had 4 roach that must have been 8oz, two coming on the last two drops, and plenty of 2 to 4oz fish and it was a fabulous last hour. I had to land the last two fish on my top set as my number 4 section got jammed in, a bit hairy that was!

I thought I must have at least 10lb today, which I was happy with, Jeff said he didn't have that and Nathan said 7lb. The scales showed Lewis on the end had 11lb+, Jeff had 13lb 3oz, I weighed 13lb 12oz, and Nathan 8lb 6oz. With an angler missing I won the section, and was thankful for the last two roach. I'd lost a couple of fish off the hook today, and an 8oz skimmer at the net, but thankfully I'd not had any pike trouble.

The river fished quite well today, but as ever there were a few tougher areas, not may bream were caught despite there being a tinge in the water. Some nice perch were caught on the day with two anglers seeing huge perch taking 6oz roach. Match winner today was Vinny Lunn who had a runaway victory with 30lb of skimmers from the Norfolk Reeds peg. Vinny struggled early on for 3lb of roach, but later he had 6 skimmers on the pole and 6 on the gbait feeder. In second place was the man on fire Andy Ottaway with 18lb+ of roach with some fine samples over a 1lb, Andy was on flier peg 74. Third and last in the main pool was Liam Braddell with 14lb 10oz of roach to 1lb 8oz on the pole from peg 49. Liam lost some big roach to a huge pike he estimated at 20lb. Unlucky in 4th place was yours truly!

Thatchers had a good day and we won again and Bathampton came 2nd again, meaning we have a 2 point lead after two matches. It was good to see Lee Trevitt fishing today, he was using Mark Harper's gear and sadly none of Lee's gear has been found. Lee had just under 10lb but was beaten by two anglers, I can only imagine how tricky it was using someone elses gear.

Back at Newbridge next week for the Comm House, once again a lot of rain is being forecast, let's see if it materialises this time, if it does we could be facing the first flooded match of this series.
Posted by Tim Ford at 20:26