A busy Saturday for me which included pegging the Crane and Jack Whites. There was a Keynsham AA match up the Crane which was a bit of a struggle with Warren Bates winning it with 8lb. A pleasure angler at Jack Whites was admitting to 15lb of dace and I must admit the river looked good with a nice pace and a tinge of colour. I hoped to draw Swineford or Crane on the match. I had a trip down to Thatchers Tackle shop in Wells where I picked up some more Sonubaits groundbait, this is what I and most of the team are currently using to ball in. 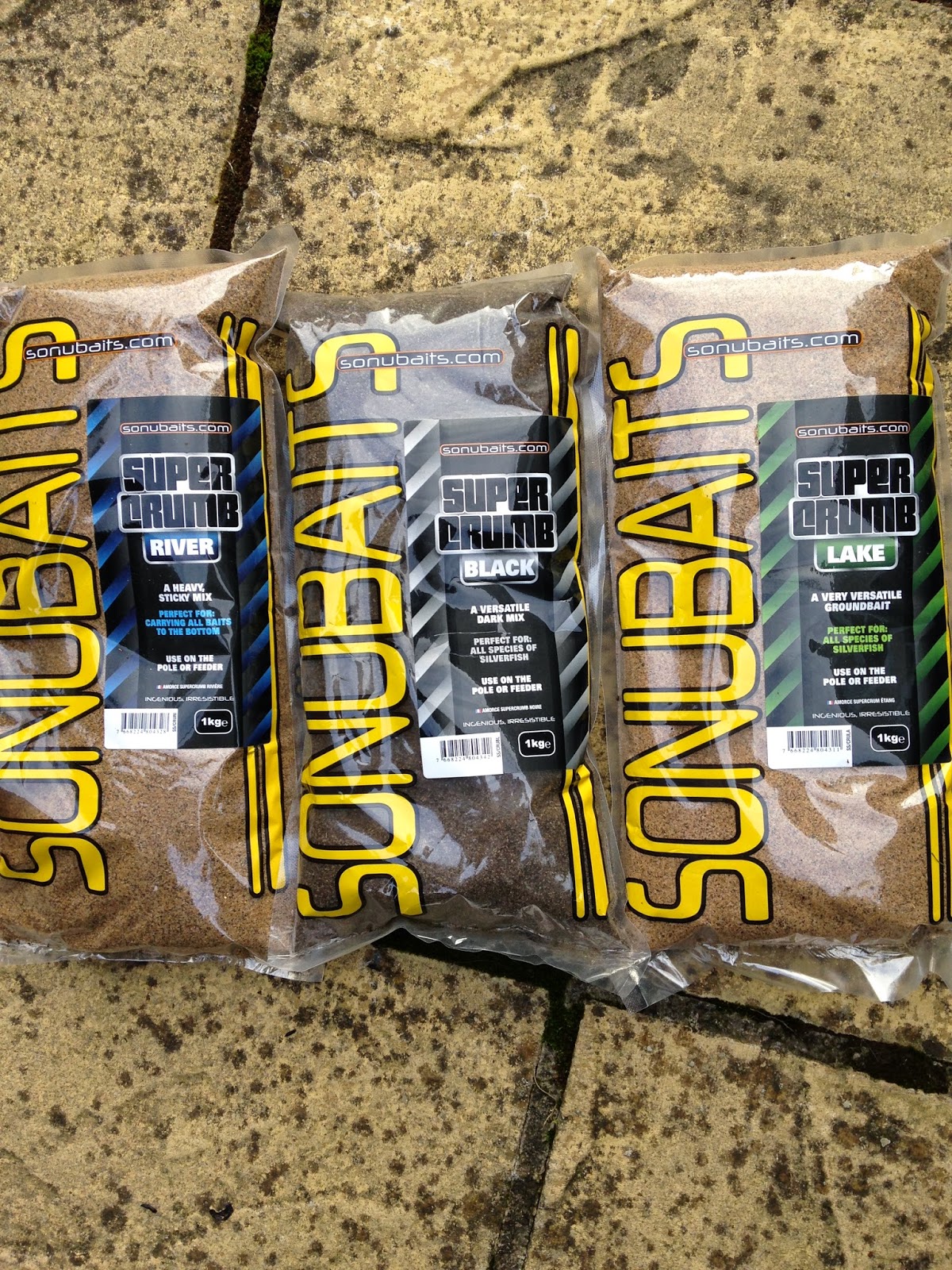 I then travelled to Avon Angling to pick up some more bait, and as I am sure most of you know the shop is closing down in a few weeks. I am gutted to hear this, John Bradford and Tony Rixon are two great blokes and have done a great job with this little shop for the last 30 years. I have always used Avon Angling because not only did Tony do his best to sell good bait, but he was a big help when it came to providing help on how to fish venues, and without Tony I would not have done  half as well on commercials. Very sad, but all good things......

Sunday morning, thanks for the extra hour in bed but why did I feel knackered? Liam Braddell is still being entrusted to draw for the team (we've been first every time he draws this year!) and he came back with a decent looking set of pegs. I was at Swineford on peg 6, it has not been good this year, ans everyone who has been on it has been plagued with tiny fish, so I thought I'd have to go positive to do well for the team.

On the outfall was Jeff Surmon, on peg 2 was another no show, then me, on peg 4 was Mike Williams and he knew bream had come off the peg, and on the first peg in the second field was Shaun Townsend. I set up a 12BB crowquill with 0.138 exceed to a 15 B711 and a 7 no4 stick float with .117 exceed to 18. Lastly a feeder with 0.165 exceed to 13 B711.  The banks are quite steep here but there are nice steps cut out in this peg and I was quite comfortable. 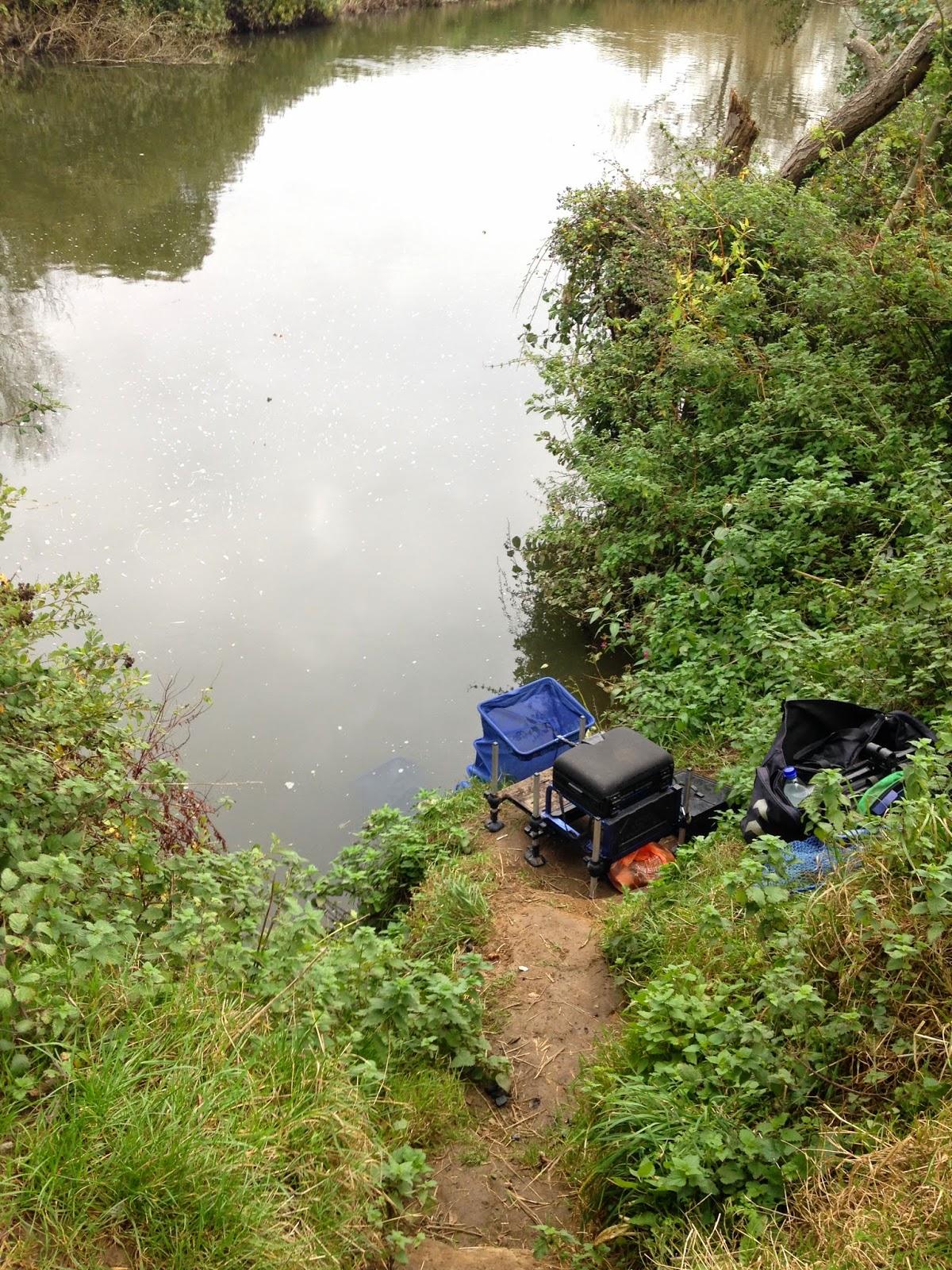 Although it was a team match I started on the feeder, I had a gut feeling I needed to start on this and feed the inside line heavily with maggot and hemp. A large gbait feeder was cast out with 3 red maggs on the hook, and within a minute it was back in again after a missed bite, next chuck another quick bite and a 1/2oz roach was impaled! Onto the dendrabena but still small fish bites, but after 25 mins I had a nodder on and a 4lb bream was a welcome early bonus. Not long after this Glenn Bailey sat behind me, and he watched as my tip would not stay still no matter how big the hookbait. I was chucking the feeder quite close to the far side, not to close as there is a weed bed that grows over there, but I wanted to be close to it as the bream tend to patrol it. 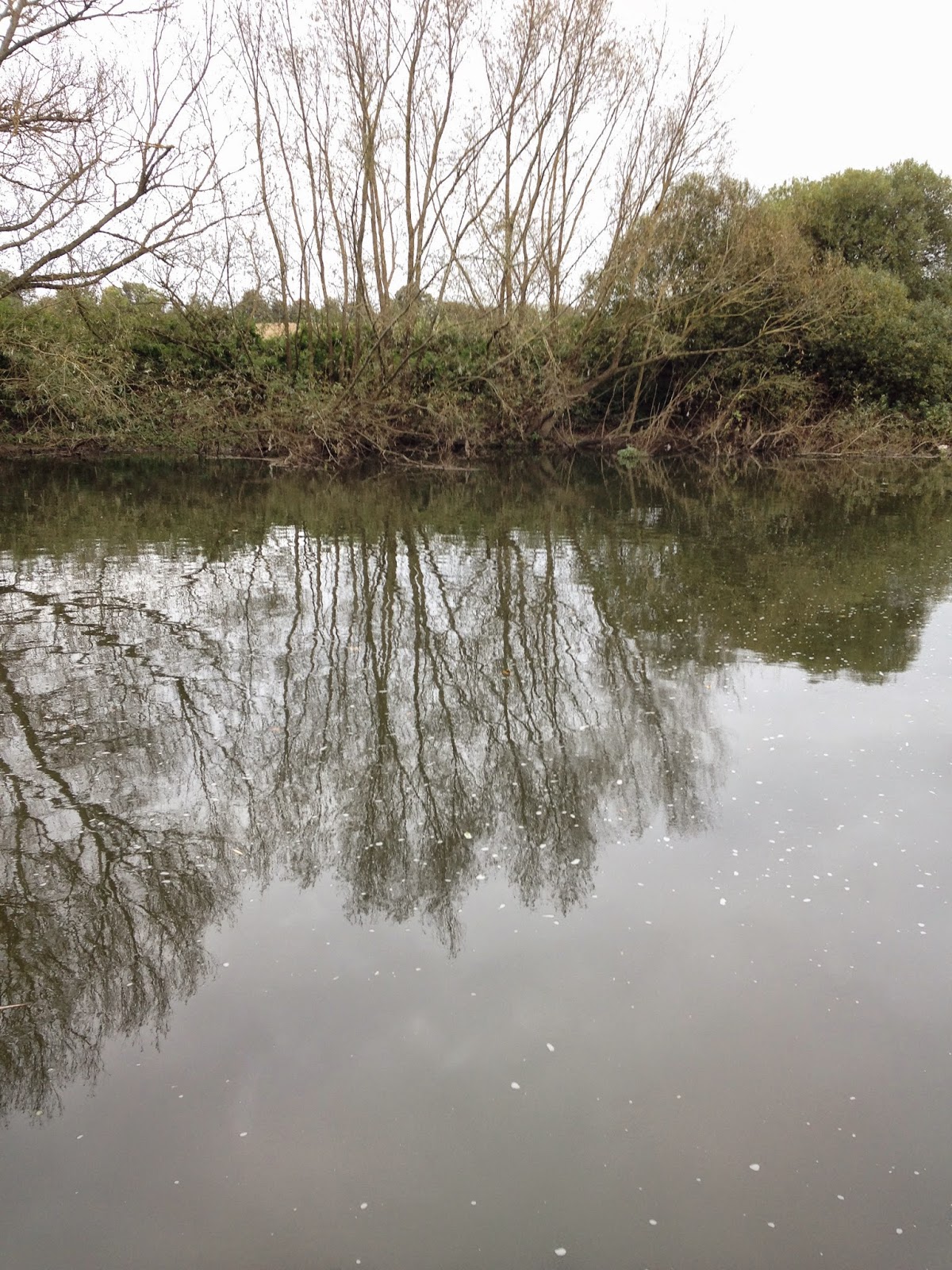 A decent dace, a 6oz roach and a few small perch all took the worm hookbait, but not long after the hour mark I had another slightly smaller bream. I was over the moon at such a good start but sadly the bream did not show again, it may be because there was a pike in the peg that hit the surface not long after I cast my feeder in, or simply they backed off to a quiet spot. Whatever I spent a lot of time and bait in pursuit of them for no reward. The trouble was the inside line was solid with little dace, bleak, chub fry and even the roach were small. I was feeding a big pouch of maggots regularly and even Glenn commented on how heavy I was feeding, but it made no difference. Eventually in the last 30 mins I did get a few better dace and roach on the crowquill, I'd fed nearly 3 pints of maggots and 2 pints of hemp and was disappointed that I'd had no chub, but it was just as others had found, the peg is wall to wall with bits.

My weight on the day was recorded as 12lb 5oz, which I was more than happy with, I beat Jeff and Mike who both had around 6lb, but Shaun smacked our asses with 19lb 7oz of chub and roach. Interesting Shaun could run a wag through and not get a bite, no bits in his peg helped, but a cracking weight from there. As it turned out Shaun came 2nd overall meaning I bagged the section money by default. nice!

Winner today was Mark Harper who had the longest walk, he was on the bottom peg of the beach. He had 22lb on the pole which bar a 2 1/1lb skimmer was all roach up to 1 1/2lb. Mark caught over balling in the above mentioned gbait, and he also landed 4 pike which don't count. Shaun was 2nd and in 3rd was Liam Braddell on peg 27 at Swineford who had 19lb of roach, skimmers and a chub on running line. Just behind Liam was Lee Trevitt with 18lb 14oz of mainly roach on the float at Jack Whites. It was a good day for float fishing today, but the top weight up the Crane was Kev Boltz who had 16lb from peg 76. Kev had 3 bream in the last 20 minutes which helped!

Thatchers had a very good day winning with 36 out of 40 points, Bathampton came 2nd. After 3 matches Thatchers lead with 3 points, and Bathampton are second with 6. I can't finish without mentioning a funny tale told to me by Nigel Wyatt. Nige was down at JAck Whites on one of my favourite pegs on the style. Nige hadn't done great and when he heard a shout looked at his watch and saw it was 3:30pm and time to pack up. About 20 mins later Nicola Goodhind walked along and asked Nige why he had packed up early..... Turns out Nige had forgotten to change the time on his watch and the shout he heard was nothing to do with anglers, lol! Nige set up his stick float again and carried on, getting beat by a couple of anglers by a few ounces, oh dear, there's always someone who forgets, bad luck Nige ;-)

Another ATWL next week, back up at Newbridge.
Posted by Tim Ford at 20:28