Last day of fishing today as we were all to knackered to even think about fishing on Friday. Obviously this match clashed with the England v Wales footy, and Glenn and myself said if we were not catching we would leave our pegs and go back to the lodge for 2pm, and return to fish for the last hour. I hoped I would not being watching and my daughter back at home was going to text me any scores. We also said goodbye to Geoff who was off home today.

The match today was on Campbell and Cary, and I really hoped to draw on Campbell as I just don't fish Cary much, hardly drawing it. Once again this week my drawing arm was on fire and I pulled out 132 the corner peg on Campbell where Trig had caught yesterday. Gordon had drawn shite all week and 94 on Carey was not great, I did feel for him but he got on and made the most of it ending with a 20lb fish which was nice. Glenn was on 88 but with silvers anglers around him he should do well on the lake.

I drew this peg in the recent spring league, but that was the day after Rovers got promoted and I was rather hungover and didn't do the peg justice. That said on that day peg 135 was in and I never felt I had many fish in the swim, catching most of my fish on meat short. Today 135 was not in and that had to help me.

When I stood on the platform of 132 I had to admire the gardening Trig had done the day before, but he did say he lost a lot of fish he hooked in close to a branch. If you look in the photo at Trigs work I chose to fish just on the point, with gbait and once again employed the use of the beastmaster, 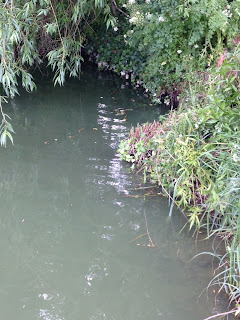 My other main line was down to the end bank at 14.5 metres where I would feed 6mm pellets and fish an 8mm in a band. This is where I struggled last time, but usually there are small carp in residence. I fished just to the left of the edge of the willow tree. 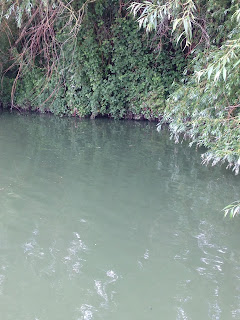 My only neighbour today was Sean Clayton on peg 130, but anglers I thought would do well were Tony Rixon on 128 the peg Glenn won from yesterday, Steve Shaw on 110 who just fishes the lead and does it well. Terry Leahey was on my peg from the day before.

I actually began the match fishing meat at 13m, and I fed a few cubes and hooked one straight away, but it was fouled and he took the whole rig, bloody first chuck and new rig required grrrr. Back out on it and had one in the mouth, but that was it, and after 30 mins I was going to the end bank with pellet. Having fed it by catty since the beginning I was hoping a few carp might have settled on the feed and I soon got my answer and a 2lb carp was netted. I had a good hour catching these little carp one a bung, but then it slowed, but still after 2 hours I reckoned I had 80lb and I wasn't going to be watching the football today.

The end bank now seemed to be mainly occupied by the odd bigger fish, and these older wiser fish were much harder to catch and it was frustrating at times as I could see them in the swim feeding but all I could get was liners, the float would go under fast but when you struck you felt a carp and it spooked off. I tried to change hook baits changed depths and the feeding but it was not making it better. That said when I did connect with a proper bite it was a decent carp from 6lb to 10lb, but I was off the pace of Steve Shaw who was catching steadily all day. I was also running out of rigs as a few floats had blown on foulers, and a couple of fish got into the brambles and damaged the line. The biggest fish of the day was a mirror about 13lb, it caused me all sorts of problems by going under my nets and platform at least 3 times. It just would not come away from them, and as Sean said after I did have a bout of tourettes, thankfully by doing a lot of knitting with the top set I got the clever bugger out.

With 2 hours to go I put some groundbait in the edge, and it took about 20 mins for carp to make themselves known. It wasn't anywhere near as good as yesterday but I had a few from there, but I kept going back to the far bank as I thought this was a bit better. I caught a gloriously bright orange goldfish of 2lb which was a nice surprise, and just the two tench. With an hour to go I asked Sean if he had a spare net and he kindly brought me one down.

With 30 mins to go the gbait line rig blew up when I pulled out of a fish, so back out to the end bank and the last pellet rig I had got brambled, but I got it back, trouble was both pole rubbers had gone. Now what to do, didn't want to waste time making a rig, so I lassoed the line around the float and pushed a no8 stotz by it. It looked awful, sat in the water terribly, and I used it over the gbait line with a 10mm pellet in the band. I had 2 carp on the bounce with yet another carp hooked just seconds before the all out was shouted. I never lost any fish to the snag that Trig had problems with, think I pulled a lot harder than him. Phew what a day, I thought maybe I had my first 200lb, if my clicker was accurate. I was the first to be weighed in, by Steve's son today, and with some spot on adding up by Sean 209lb 3oz was the final tally. However, I still thought Steve Shaw had more than me, but it turned out to be closer than I thought as he weighed 222lb 4oz, so a couple of fish in it come the end.

The rest of the lodgers didn't fair so well today, with Glenn just missing out on a pick up by having the second best weight on Cary and was 8th in the match with 127lb. The top 6 weights though were all on Campbell. Surprisingly Terry struggled on 112 and went home early.

Top silvers on the day went to Scott Russell with 52lb of skimmers from peg 111.

The rain had stayed away today, so most of the gear was now dried out again. We got back to the Lodge absolutely shattered, but after a couple of cans and a shower we were back up the Unicorn for steak night, and they were really good steaks, Somehow we decided as it was our last night of the holiday we should have one more cider, and then one more, and well it was 1am before we hit the sack.

Friday morning and the slow realisation that the holiday was over and it was time to pack up and go, but not before thanking Steve and Helen on a wonderful time all round, and one last walk around the fishery. As I drove home I contemplated the week I had, Sunday went all wrong and Monday was looking like another Lodge blow out until a great last hour and a bit. From that point on it was like a switch was flicked and my draws were good, my luck was good and my fishing went well and I had some really enjoyable fishing catching some beautiful big carp. I've never really caught carp over gbait before, but ended up doing it every day at Viaduct, yes I had the pegs to do it on but I found it a very exciting way of fishing. Picking up 4 days on the trot was a bonus. Of course right from the off the craic was good and we laughed so many times at so many things I forget. A great holiday with great people and great fishing, happy days.
Posted by Tim Ford at 21:39