I'd fancied a trip back to Ivy House since my winter visits there, and this time Glenn came along as he'd not been here ever. Once again the venue had changed visibly since my last visit, with all good platforms, a much improved cafe and decking area and many of the reeds removed to make the margins accessible (although a lonely Reed Warbler did seem rather upset that his home had gone).

I had no idea where was best to draw, but every peg pulled out seemed to be greeted with "that's a flyer". I was on peg 33 which is on the island, with next peg being Glenn on corner peg 29, and on my right Dean Malin on 36, Dean has been fishing this venue for a while. My set up was going to revolve around fishing pellet long on two lines left and right, one fed with micro and a bit of 4mm hoping for skimmers, and the other 6mm pellet. The margins were also a main target and I was advised by Andy Lloyd to go left to the reeds by the next pallet about 9m away, see pic. 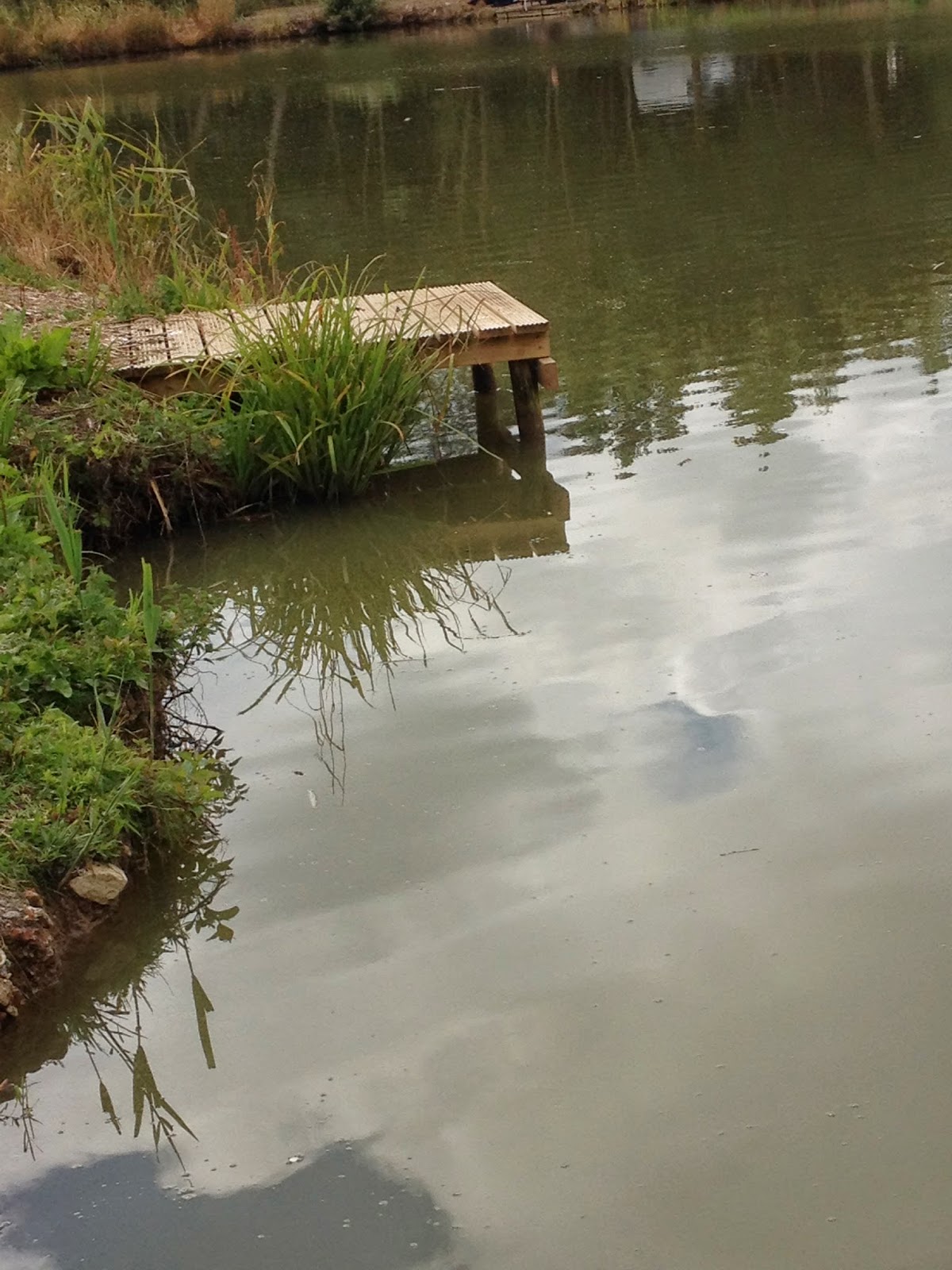 To start the match I fed a half pot of micros and some 4mm pellet at 14m 2 o'clock, a big pot of 6mm at 11 o'clock and away we went! It wasn't long before a few fizzes were appearing on both lines, and I started positively on a 8mm banded pellet. It took about 20 mins to actually catch a fish which was a 2lb skimmer, and I thought I'd better try soft pellet. This was no better and a hand size skimmer and tiny roach were not what I wanted. I did manage a 5lb carp on 6mm pellet line on an 8mm pellet but also lost a fouler. An hour had gone and it looked slow for all, I then spent the next hour trying many different hookbaits and feeding patterns which gave me just 2 skimmers. Dean had a few carp and he had a lot of fizzing and was feeding heavier than me, so I starting potting in good amounts. This did bring another carp about 4lb fairly soon after, and another fouler. However, it was frustrating with lots of fizzing on both lines (most on the micro line) with my float just twitching and anything that looked like a bite being met with fresh air on the strike.

After 3 1/2 hours I had 3 carp and 4 skimmers, and now I put 6 big pots of groundbait and some dead maggots in by my margin. Dean had fed his margin before me and had already netted  1 lump. I tried my margin 15 mins after feeding it but only had a little perch on my 6 dead maggot hookbait. With 90 mins to go and after feeding some more gbait I had the elastic ripped out of the pole by an 8lb carp, this was on a worm hookbait. Next drop in and a similar result, but then it was quiet so I fed more gbait. With Dean catching well I decided to thrown in pellets at 4m to my right margin, and within 5 mins I saw a swirl. Dropping in with the worm the float was washed around by a carp and eventually buried with a 5lb fish. The next fish I hooked came out of the swim very slow and felt very big, but the hook pulled after 15 seconds. The next two fish snapped the line, and I assume were foulers. I was now fed up of looking at Dean so tried my gbait line again but a perch was not a good sign so in went more gbait! In the last 30 mins I had 2 carp from my pellet margin and 1 from the gbait. I thought I had 50lb and I reckoned Dean had double that. Opposite me was Clayton Hudson, he DNW and shouted across that he had about 20 carp in his margin but couldn't get a bite. 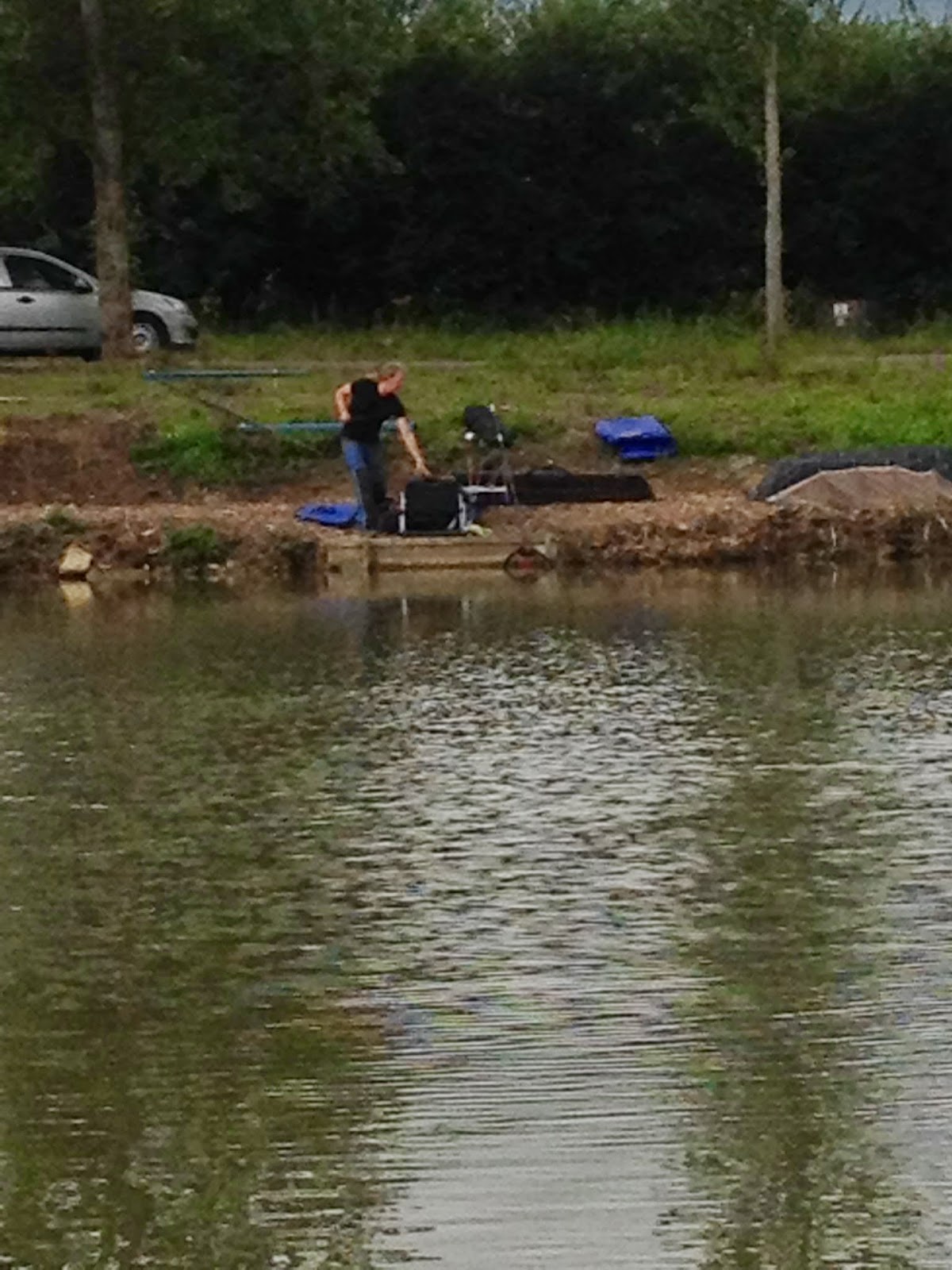 When the scales arrived I knew I had no chance of coin today, but ended with just over 55lb which included nearly 9lb of silvers. Dean then plonked 109lb on the scales for the win, he said in the last 30 mins he had a bite as soon as the float settled. Here he is with Andy about to be weighed in, and a few of his fish. 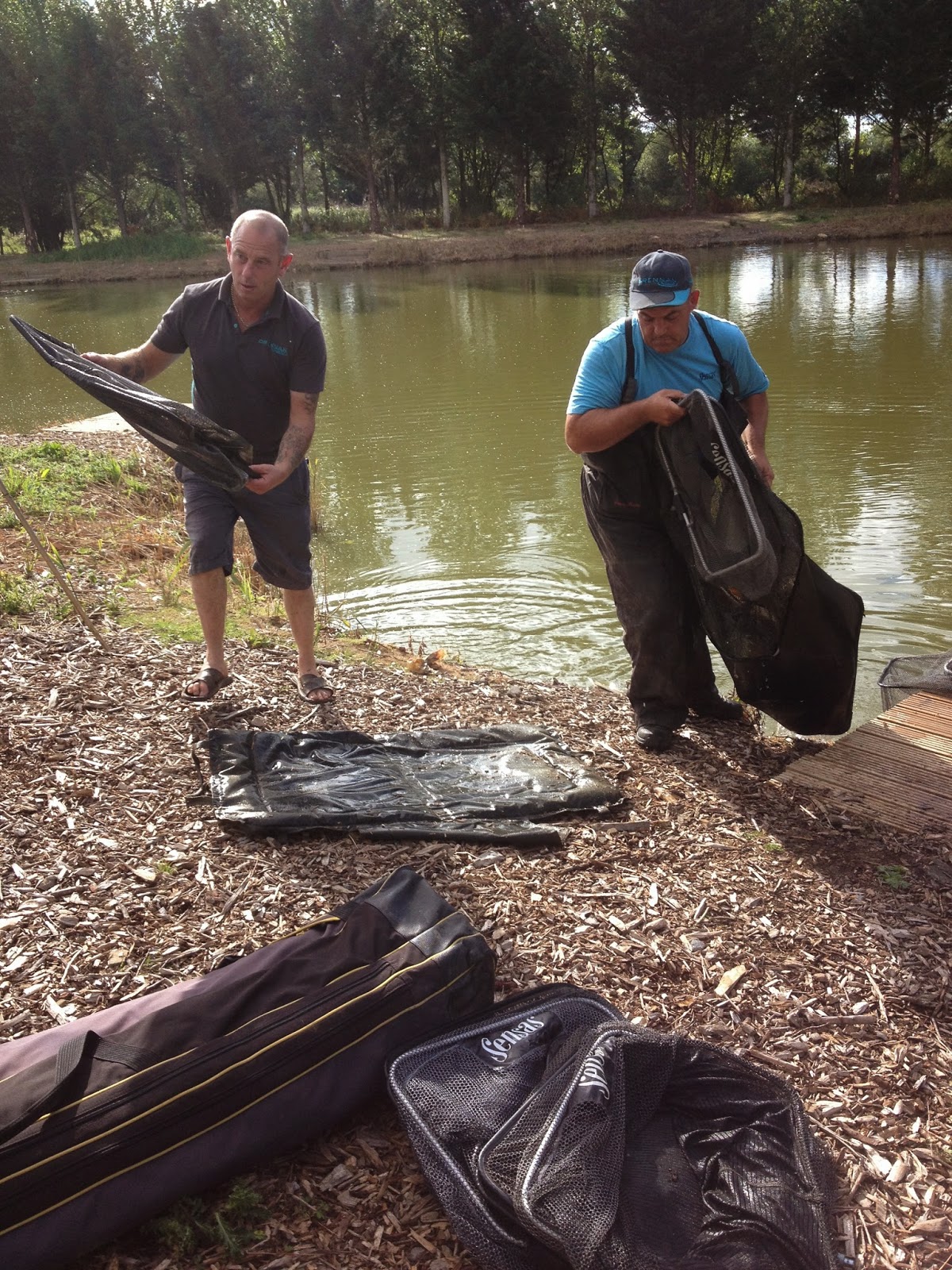 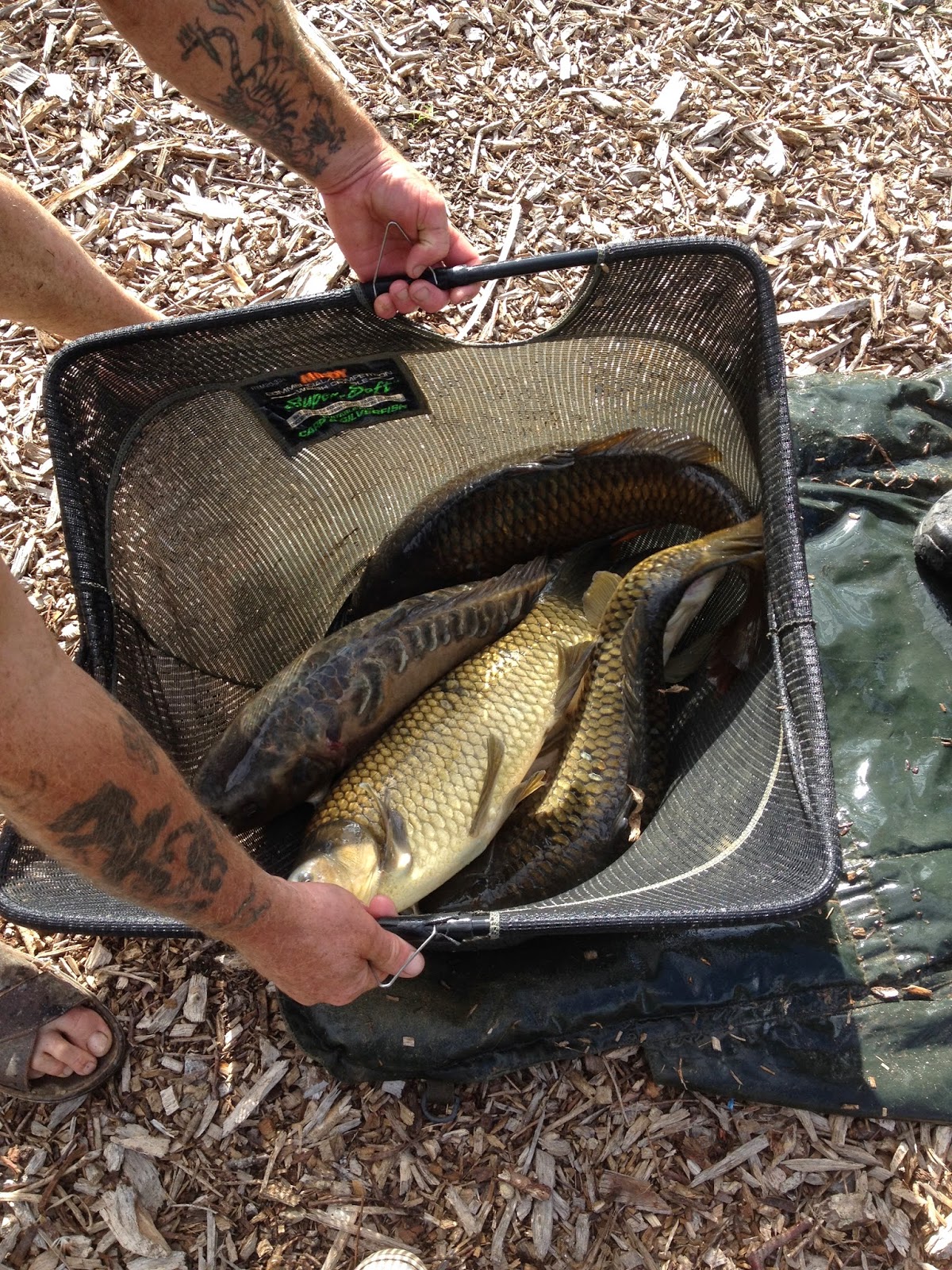 The top weights were 109lb, 86lb, 85lb, 80lb, 77lb and then it was me. Top silvers was 30lb of skimmers caught by Martin Petiffer who fished micros and soft pellet, but fed a lot less than me and did a good job.

If you come to this venue be prepared to fish the margins, that's where all the weights came from, I made a couple of mistakes today, should have fished the margin earlier and fed both sides from the start. You do need to fish a venue a few times to get to know the methods and moods, and this venue is quite different from those that I usually fish. An enjoyable day fished in rain and sun, and it's close to home, but the run of pick ups is over!

Late news, Richard Chave won the Riverfest qualifier today on the Avon at Newbridge with 51lb of bream,so well done to him!
Posted by Tim Ford at 21:05